What do you think of when you hear a mention of Westminster Abbey? This last week, the excellent drama “The Crown” released on Netflix, so people are focusing on the history of the monarchy and coronations in the abbey. I’ve been looking up dates and people and historical facts about Westminster Abbey. And I’m remembering vividly my recent visit there.

The present abbey dates from 1245, though a church has been on the property since 1066. The coronation of every English monarch has taken place here since the founding of the church. The last was Queen Elizabeth’s in 1953.

No photos are allowed inside, but here’s a glimpse of the outside. The detail of the architecture is astounding. So many notable people are buried in the church or memorialized. Westminster Abbey is the resting place for monarchs through the centuries. You’ll also find a Poet’s Corner where writers are interred or remembered. These include Geoffrey Chaucer, Robert Browning, Rudyard Kipling, and Alfred Tennyson. Musicians include George Frederick Handel and Ralph Vaughan Williams.

If you are in London, consider touring Westminster Abbey with London Walks. Our guide told us not only about the people memorialized here, but he also had fascinating stories, especially of the ins and outs of the monarchy and their families. People have been dug up and reburied to “reposition” them due to family quarrels. One poor guy was buried standing up because a lengthwise plot in the church was too expensive. I  had a vision of stately Westminster Abbey that located it in a green, peaceful countryside. The reality is that traffic zooms by and nothing is serene about the setting. You can look up and there’s Big Ben, though. But once inside, the church is darkened and quiet. It’s many different areas are rich with history. You can easily imagine the queen making her way down the center aisle in heavy robes to take her place in the coronation chair. And receiving (apparently reluctantly) the weighty crown. 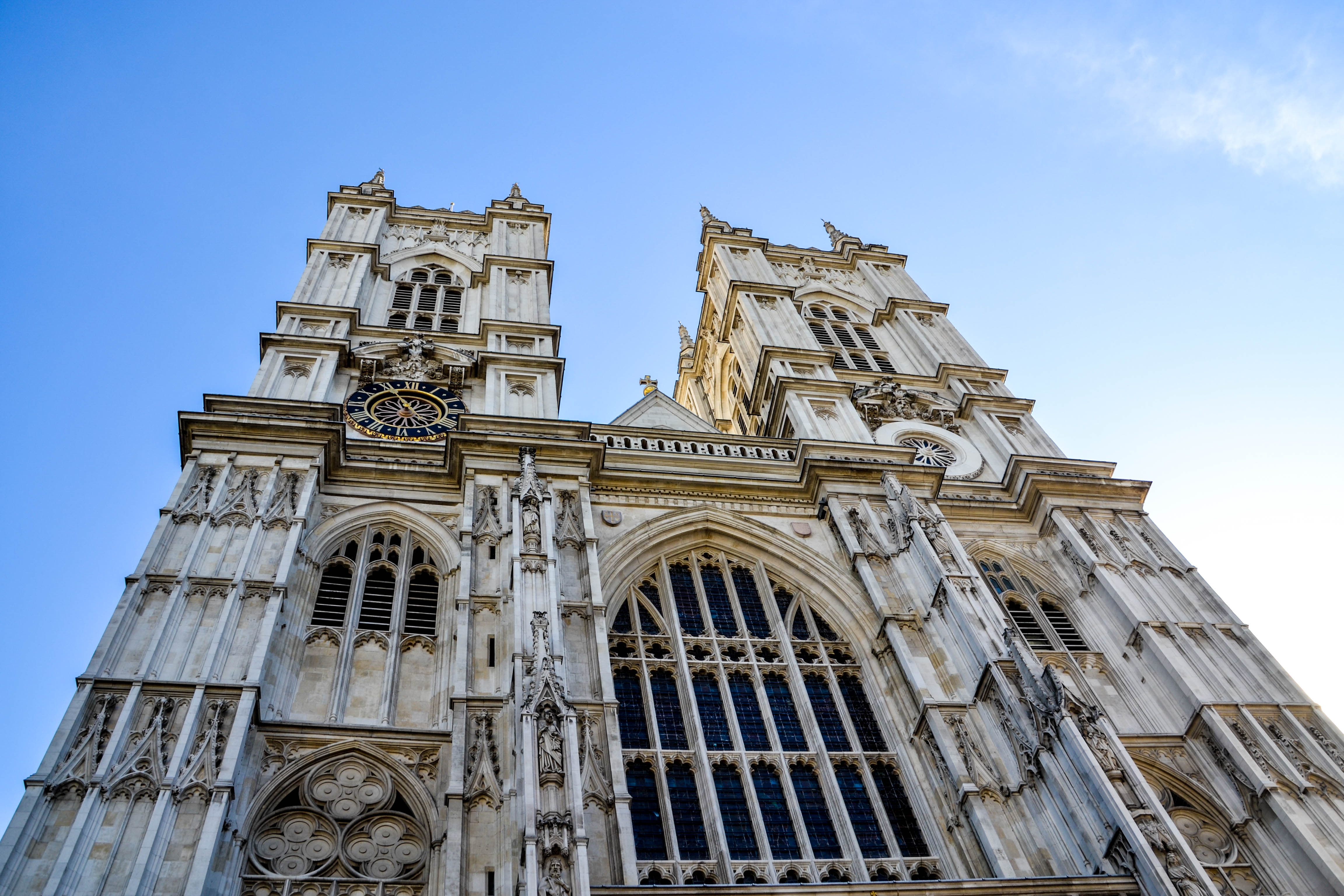 How about you? Have you been to Westminster Abbey? Would you like to visit? 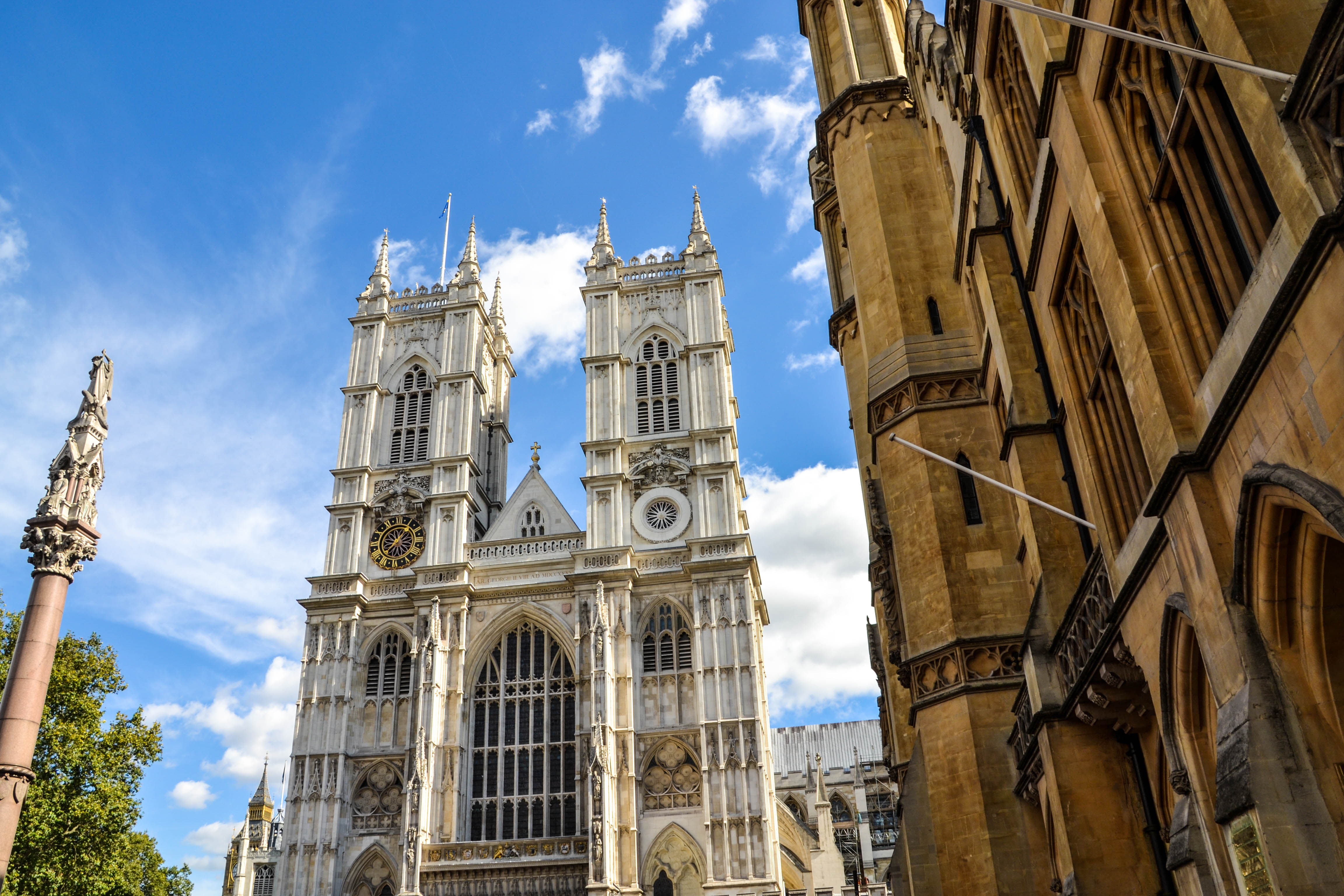 A wonderful Church, both inside and outside. Thank you for linking in with “Through My Lens”

Lisa at Handmade in Israel at

Wonderful photos of a beautiful building. I have been on a couple of London Walks. They are so good!

So beautiful! We didn’t go inside when we were in London – but I just love the architecture!

Great to see the familiar sights of London!When going to Holland we often had a lay-over in London -time to see the city:) The grandeur of these buildings never fail! Thank you so much Sharon for sharing this beauty with ALL SEASONS! Have a beautiful week.

Oh wow – such artistry and grandeur!
Thanks for sharing at http://image-in-ing.blogspot.com/2016/11/haifa-israel.html

A beautiful building which I would love to see. The church next door is also gorgeous.

I visited the Abbey many years ago. Sadly, I do not remember a lot about it (what can I say, I was young). The exterior is so intricate. Would like to visit again and pay more attention this time. #WordlessWednesday

Very nice photos! Thanks. I love the architecture.

I have been to Westminster Abbey. I have visited many of the abbey ruins in the UK as well.

I have been here many years ago and I think photography was allowed inside back then. You have some great photos from the outside. Maybe there will be another coronation in the Abbey in the not too distant future. I can imagine the pomp and ceremony and tradition. I am one of the co-hosts of Travel Photo Thursday but I didn’t see it mentioned in your link-ups list. Just thought I’d mention it because I know how easy it is to overlook. 🙂

Such a magnificent building!