Where did the Allied Codebreakers of WWII carry on their secretive, vital work? It was at an unassuming place outside London called Bletchley Park, a Victorian mansion and its grounds and outbuildings. The house, on its way to ruin, was grabbed up by the Allies in WWII, and some of the greatest secrets of the war were uncovered here by the brilliant Codebreakers recruited to work in the huts hastily built on the property. The whole operation remained top secret through the war, and those who worked here kept their wartime occupation a mystery for decades. About the time the huts got so dilapidated they were falling over, people rallied to save the complex. History, they felt, should reveal what went on here, the tedious and the amazing.

Today you can tour the mansion, the grounds, and some of the huts that have been restored. No one lived here during the war. The house was turned into offices and a library.

The fine museum gives you an idea of how the German messages were decoded using Enigma machines and elaborate precursors to computers called “bombes.” Two men headed up the development of the bombes: Alan Turing and Gordon Welchman. All of these bombes were destroyed after the war, but an organization raised funds and rebuilt one from existing plans. You may have seen this bombe in the movie about Bletchley Park, “The Imitation Game.” Demonstrations give an idea of the complexity and noise of these computers.

The Huts — A Hive of Activity

Hut 11 was home to a bombe, and those who worked there called the hut a hellhole. The huts certainly were nothing other than functional.

The steps before the final decoding were done by teams of different people. Enigma messages arrived in Hut 6, then went to Hut 3 for translation and analysis. Most people who worked at Bletchley knew only their small part of the operation, which helped maintain the secrecy. Everyone knew that if the Germans discovered that their Enigma machines were being decoded, they would quickly switch the way they conveyed messages. More than one million German Air Force and German Army messages were decoded at Bletchley. The secret of the Codebreakers held until well after the war ended. 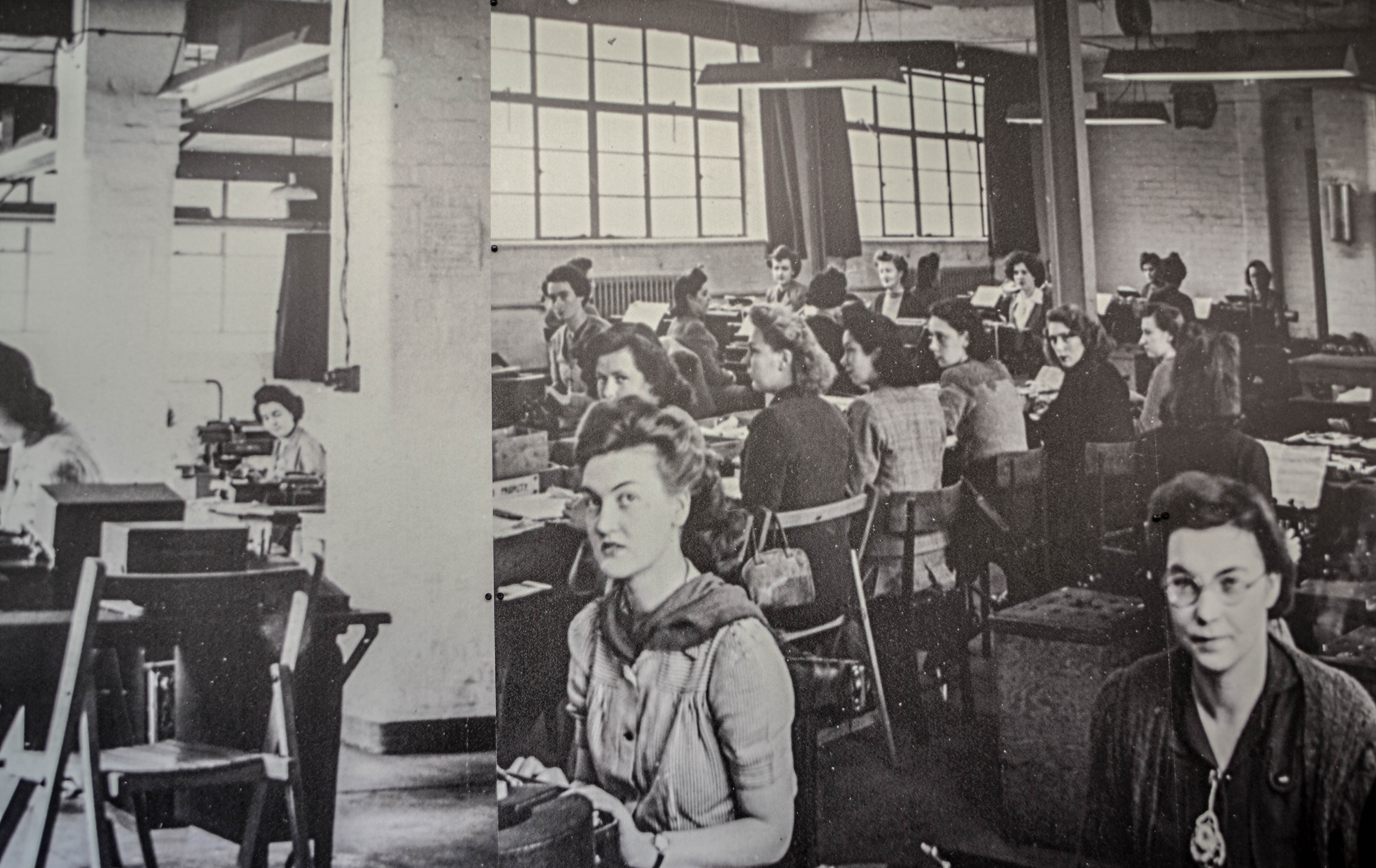 An informative tour is included with admission. Here’s our dapper and enthusiastic guide, Hugh.

Want to know more about Bletchley Park? Besides “The Imitation Game,” the movie “Enigma” also shows life at Bletchley Park. Several books about Alan Turing and Gordon Welchman are available. And I recommend the excellent television show, “The Bletchley Circle.”

If you are near London, consider spending a day at Bletchley Park. The world of the Codebreakers will fascinate you.

From London, take the train to Bletchley Park and walk about 2 blocks to the museum. 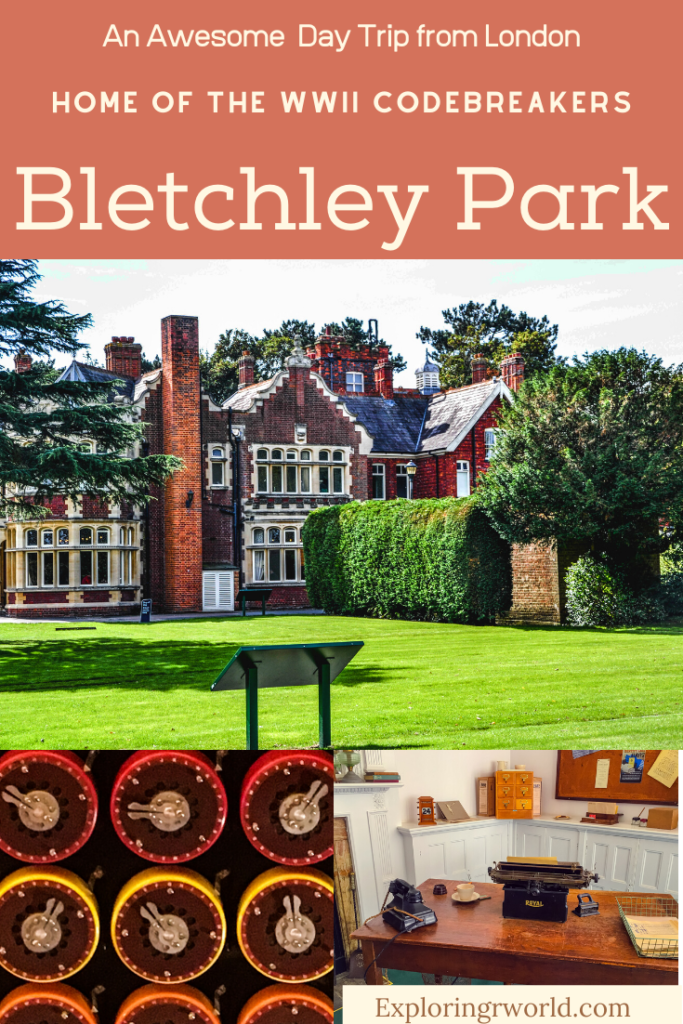 10 Tips for Visiting Disneyland during the Holidays 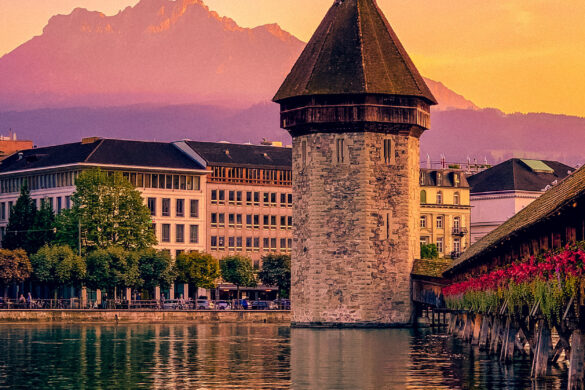 Visiting Street Markets in Your Travels

What a great post! I watched a miniseries about these fabulous people and was blow away.

My history-loving boys would adore this! Fascinating.

So cool to see this! I loved the film about it all.

This is a fascinating part of the WW!! history and I’m glad it has been preserved for future generations to see and learn from.

A fabulous fascinating post Sharon. I had no idea where the decoding took place so thank you for sharing. I love all of the history and your brilliant photographs. I’m off to show my husband… he’ll be really interested in this 😀

Be still my heart. As a child it was a toss up whether I played ‘house’ or ‘office’. I also love history. Thank you for sharing these great facts and photos.

Can I tell you just how much your travel posts from Europe have filled my heart right up. I feel like I have traveled there with you. Your photos are simply stunning, you captured it all so very well. The photo of your hubby standing in the door way, that is wall worthy for sure.

What a fascinating place to visit! We saw the movie and it would be fantastic to see these machines in person!

Thank you much for letting us at ALL SEASONS in the details of the code breakers houses, and how they worked and functioned! Their work was so important. My impression is at at this present time there are similar “code breakers” doing a hidden, but such important work! They are the real heroes! Thank you again and have a great week, Sharon!

LOVE those wood floors, thank you for link up with #LNRseasons

I love visiting places like these that are so filled with history. I haven’t yet seen the Imitation Game (I’m behind the times…) but I’ve always wanted to see it. Your post makes me want to watch it even more!

Great post. Only the way Turing was treated after the war put a black spot on England’s society in those times.

The houses are so beautiful. What a lovely day trip destination.

A fascinating post and superb pictures. It is very evocative of “The Imitation Game’, a film I really enjoyed. Thanks for sharing.

Gorgeous place and what a cool history it has. I enjoyed reading about this very much.

What an amazing place! Such history!

Gosh, that must have been a really interesting place to visit. It’s interesting just to look at and read about.

What interesting and beautiful place to visit! Great post

How fun to see the actual place. I enjoyed watching the series on Netflix about the codebreakers at Bletchley, and the movie starring Benedict Cumberbatch who played the person who figured this out was worth the watch also.

I just found this post on your site and enjoyed reading it and looking at all your photos. Bletchley Park was on my list of places to visit on my last trip to London last September but, time got away from me and I didn’t make it. It’s at the top of my list for my next visit. And now, your wonderful photos have tempted me even more.

This place is to die for, supercool!
The first image, of the architechture – thats what really drew me in. I would have love to see more of that 🙂

Wow! So interesting! I remember seeing “The Imitation Game” and thinking about how amazing it all was. I’ll have to look for “The Bletchley Circle”. I’ll be adding this to our list for when we finally get to spend some time in England. I think we’ll need a year or so to see everything. 🙂

I visited Bletchley Park a few years ago, such an interesting place with fascinating stories. I must confess that my favourite bit was the room about the pigeons that carried messages during the war though! The National Museum of Computing is just behind Bletchley Park and is well worth a look as well.

thank you Sharon for this post. I lived in London and it is the first time I heard about this place. I pinned this post because when the museum will be opened again – I want to explore this place. I love history and it sounds like a very interesting place to go to learn more about the WW II.

I loved The Imitation Game so I’m sure I’d love to take this tour on my next visit to the London. I’m checking out your movie and tv recommendations in the meantime. I always enjoy your WWII posts, Sharon!

This is so cool!! I don’t know much about the smaller details of WWII, but I have friends that are obsessed!! They can literally name the type of planes used by each country! Sending this to them now!