What do you think of when you see the iconic Hollywood sign? The nine-letter symbol of Tinseltown has perched high on a hill since 1923. It conjures up all that Hollywood and the entertainment industry give us: glamor, film stars who are larger than life, epic movies and enduring TV shows, dreams and drama. You can get close to the sign by hiking up the hill behind the Griffith Observatory. If you’re in the Southern California area, this is a fun way to spend a morning.

This sign has gone through cycles of popularity and disrepair. It was spiffed up in the 1970s and then in 2013 it was repainted to stand out against the landscape. You can no longer “touch” the sign, but it’s still thrilling to be so near to this landmark.

We chose a partly cloudy day to shield us from the sun and found the trailhead near the observatory. Several trails wind through the hills. The shortest and easiest route up the hills is the Mt. Hollywood trail. Right off we learned that apparently rattlesnakes inhabit these hills. And Berlin is the sister city of Los Angeles. Berliners planted the trees that are growing into a healthy forest here. 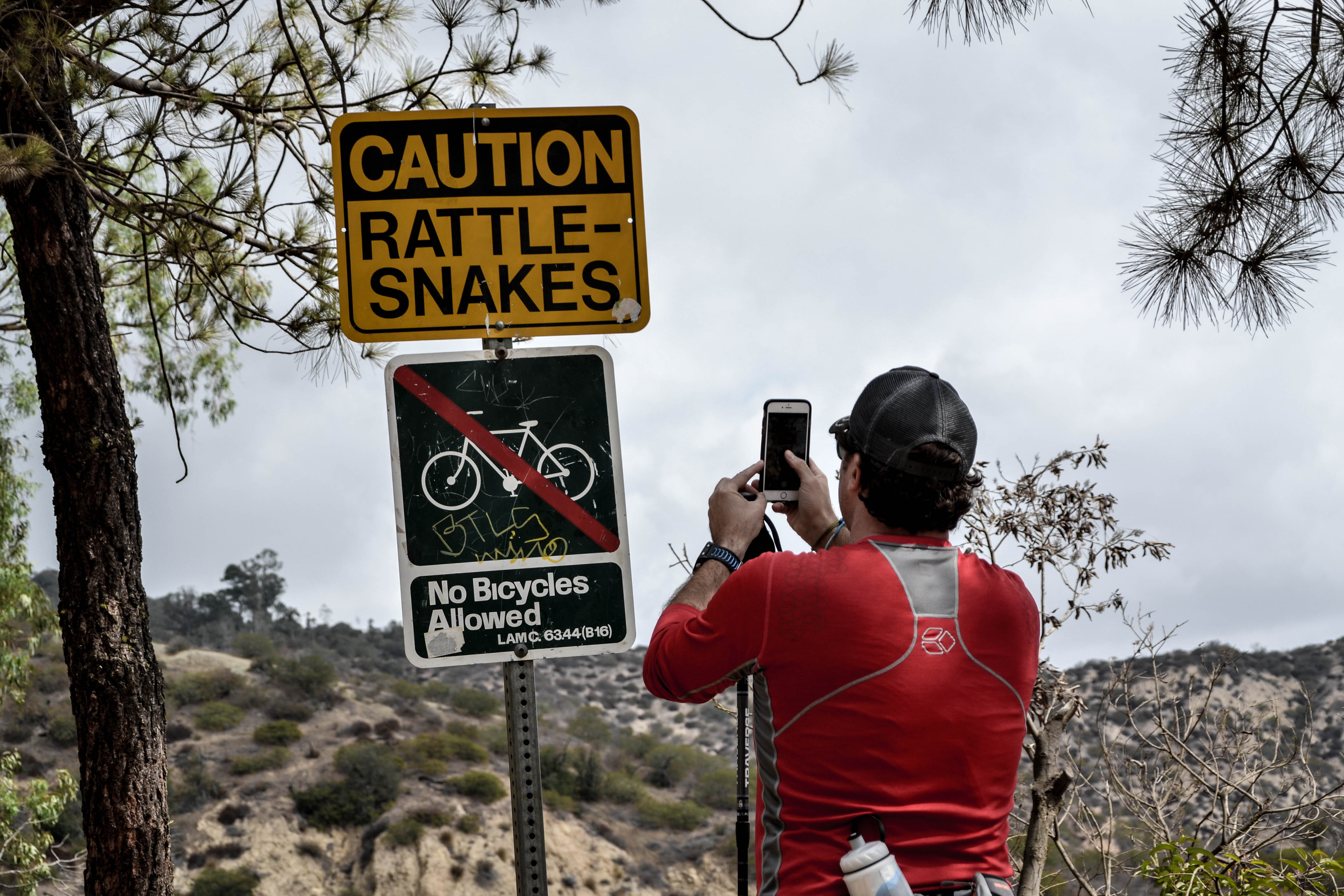 Before long, we not only closed in on the Hollywood sign but also we could take in views of the city and Santa Monica and Los Angeles. The cities below sat in fog, which gave a surreal air to the scenery. 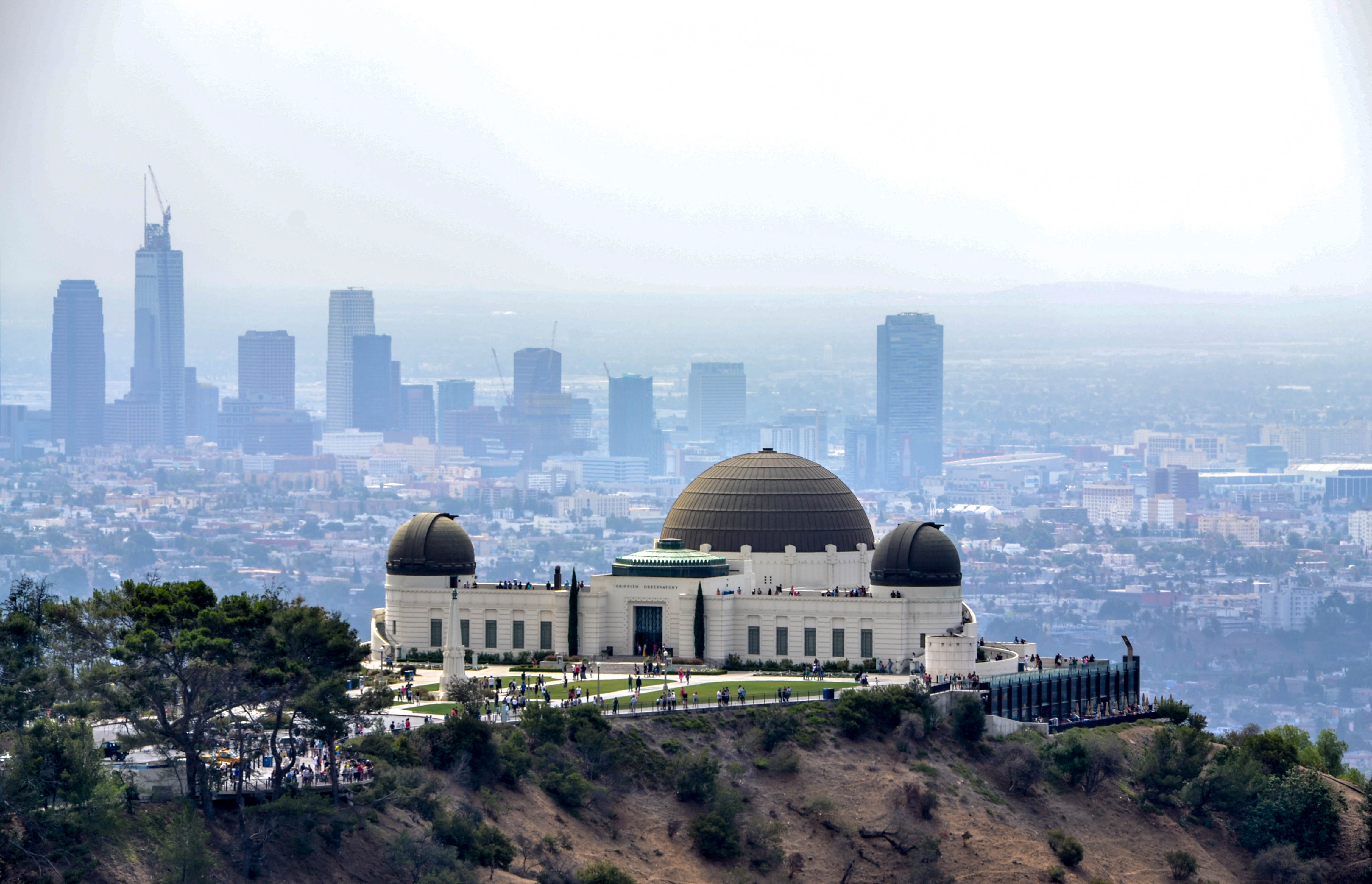 Of course you find a few palms up among the pines, because this is Hollywood. Our goal was the Hollywood summit, and we made it without too much huffing and puffing. The vista from this summit is certainly rewarding. It’s easy to imagine vintage Hollywood up in these hills. We plan to return someday and try the longer trails that bring you a bit closer to the sign. How about you? Can you think of someplace you’ve known about a long time that you have yet to explore?

PLANNING A TRIP TO LOS ANGELES? USE THESE GUIDES TO HELP YOU FIND ALL THE GREAT SIGHTS TO SEE! 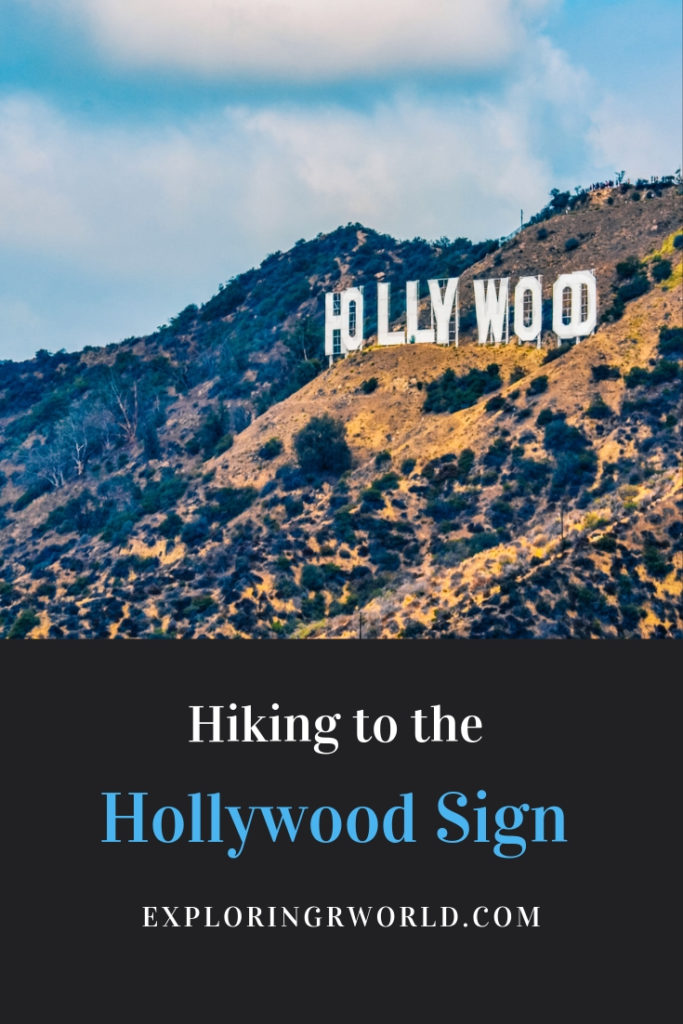 What a great hike with such gorgeous views!

Wow! What a great hike! The views are stunning… not sure about the rattlesnakes!!!

A lots of Wow captures… Interesting for Image-Ing

Beautiful views along the way!
http://image-in-ing.blogspot.com/2016/09/the-man-in-moon.html

My home town. Love the Hollywood hills! Have a great week!
http://travelingbugwiththreeboys-kelleyn.blogspot.com/2016/09/on-your-mark-get-set-go.html

I was here (at your blog) yesterday and see I didn’t leave a comment! Maybe because there is so much around LA we have never ventured out visiting the sign! Kudos to you:) Thank you much for sharing the sign with SEASONS – much appreciated:)
Have a great week, Sharon! We are here back to triple digits – how is it in Southern Calif.?

We hiked the Hollywood sign two summers ago and it was so much fun. My husband is from San Diego, but when we visit we never go north and we never play tourist, so this was a fun treat!

Cool post that I pinned and shared on Google+. Love anything Hollywood! Nancy Andres

I had no idea Berlin was LAs sister city… that’s a fun fact. And your hike looks super fun, and not too bad since the path is well laid out. Your B&W shots are my favorite, I love the contrast in them.

Hi Sharon…these are lovely, and since I don’t travel or have much over the years, enjoy seeing what you share. I think I use to follow you when Kim did Texture Tuesday and hadn’t seen your posts in a bit. I remembered your name and went back through my comments to find your website so I could see if you still blog and catch up. 🙂

Would love to have you come share at my Pictorial Friday or Sunday Scripture Blessings if you do blog hops.

Will subscribe so I get your posts and stop back.