The people of London once again this last week showed their resilience in the face of tragedy. Right around the corner from Westminster bridge is a memorial to another time in London’s history when the people banded together to fend off death and destruction. The Battle of Britain Memorial stands on the bank of the Thames across the water from the London Eye and near Whitehall and Parliament. 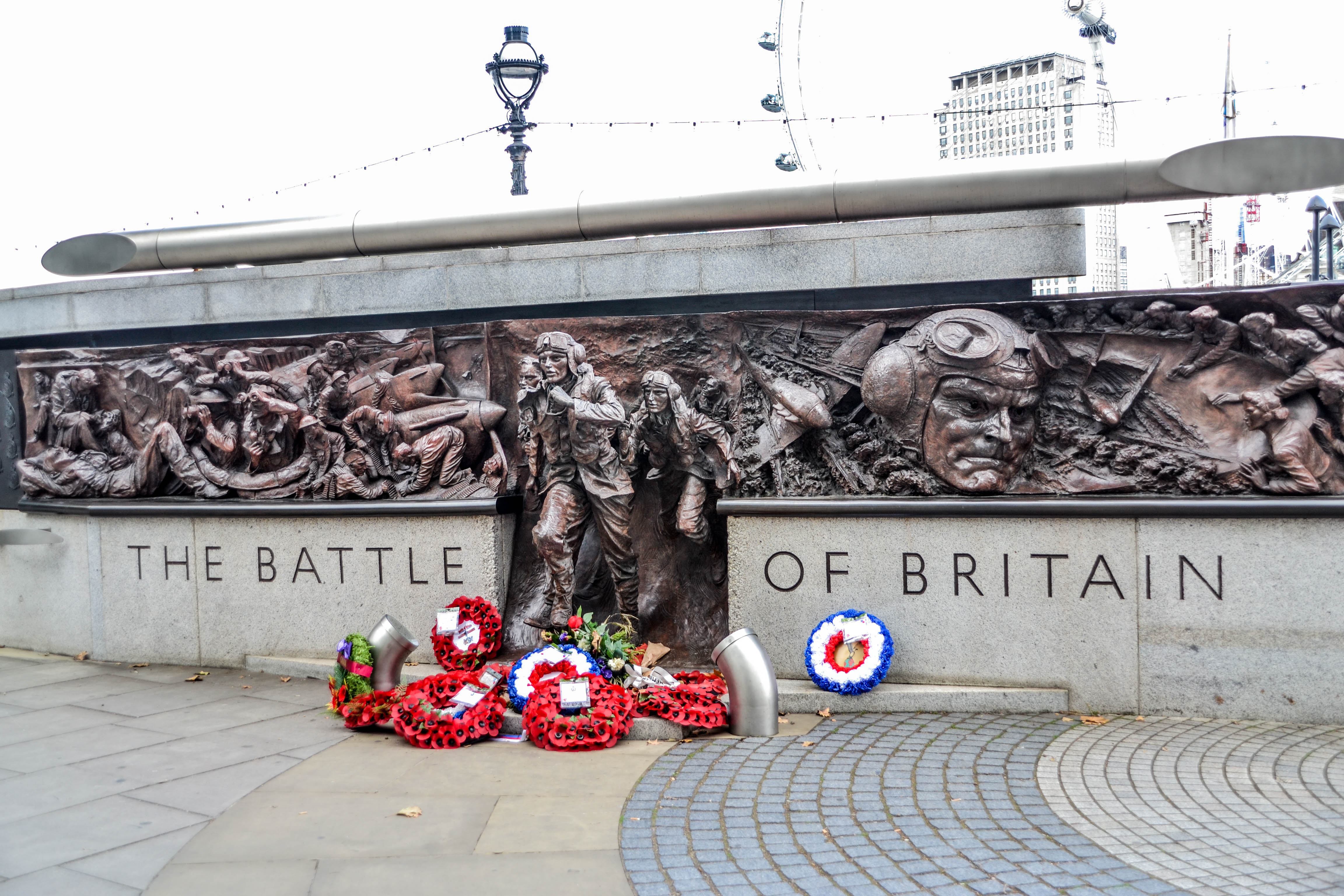 This bronze and granite sculpture, dedicated by Prince Charles in 2005, commemorates those who fought to keep London free from a German takeover in 1940. France had just fallen to Hitler, and Hitler expected Britain to follow suit. He knew that before invasion, the Royal Air Force (RAF) would need to be destroyed. Bombing of England began in June, 1940 and lasted until October.

The men of the RAF, numbering about 3,000, are “The Few” referred to by Winston Churchill.

By September, the Germans mistakenly concluded that the RAF stood on its last legs. Bombing targets moved from the coastal airfields inland to London.

In the face of grave threat, the men and women of the city came together in remarkable teamwork to defend their home. Besides the men of the RAF, the city benefited from the efforts of plane mechanics, factory workers, anti-aircraft gunners, and searchlight operators. More than a million men volunteered for the Home Guard. The Women’s Auxiliary Air Force (WAAF) worked as radar operators. They have their place in the Battle of Britain Memorial.

The outcome of the Battle of Britain? Not only did London survive but also the German Luftwaffe suffered from an almost lethal blow. England remained free and would eventually provide the staging area for the massive Allied invasion of France on D-Day.

The Battle of Britain is a testament to the well-known English reputation to Keep Calm and Carry On. But that doesn’t minimize tragedy. Once again, our hearts are with this historic, strong city.

For more on the Battle of Britain, visit the amazing (and free!) Imperial War Museum in person or on their website.

What a gorgeous memorial. So sad what happened there this past week.

That memorial captured great details and emotions of the tragedy.

Beautiful memorial and quite touching

Lovely write up of this beautiful memorial

Wow that is quite a memorial. So detailed. – I enjoyed this post very much.

If you subscribe to my blog via e-mail for updates you may need to resign up as I recently switched e-mail addresses.

Nice detail in the photos

Have heard so many stories about the British pilots (most of it on Dutch TV) – they are not forgotten. Love the regal views and the Thames, and especially the relief statues! Beautiful captures, Sharon! Thank you for showing these to ALL SEASONS this week! Have a good one:)

That is an outstanding memorial to those brave pilots.

I remember it well seeing all this last June ~ great posts and photos of key points in London and wonderful tribute currently ~ thank,
Wishing you a fun week ~ thanks ~ ^_^

I didn’t visit this when I was in London, so thank you for the virtual tour. Great shots, Sharon! Sad about what happened recently.

Gorgeous tribute, and so timely, considering recent the recent events of last week. I really enjoy reading your blog. #citytripping

Wow, that’s a lot of history. Love your blog. I wish I knew about it before I went to San Diego!

Wow! I was there and didn’t know this existed. Gonna have to go back and see it – and the Imperial War Museum.

The creator (or creators) of this memorial did a fantastic job capturing gestures and emotions. You get the feeling of what was happening during those hard years. So beautiful and touching at the same time. #TPThursday

Our street was hit in the Blitz. There is a newish housing estate on the spot where houses were obliterated on one side of the street. The other has lovely Georgian terraced houses. This didnt happen so long ago so I am glad there is a reminder of sacrifices made. Thanks for sharing on #FarawayFiles

I’ve been to London so many times but haven’t visited this memorial yet – I will make sure of it next time. Thank you for explaining the story behind it

What a very timely post. A beautiful memorial befitting the brave. We can learn a lot from them as we commerate them. #FarawayFiles

Wow, impressed, such a great memorial and one I will remember to look up when I visit the area.

A beautiful tribute to those valiant service members who not only defended their home but also provided one of the many turning points of the war.

Thank goodness London resisted the German Advance. The Home Guard did such a good job and how impressive it is that they got such a large number of men join it.

I often walk across Westminster Bridge but rarely along that stretch of the Embankment. Thank you for bringing this to my attention next time I will go on a little further and see for myself #farawayfiles

Great write up and timely given recent events. You’ve reminded me that I really must go to the Imperial War Museum. Thanks for linking #citytripping

Laura (48 No Interstate) at

We made a point to walk by the memorial while we stopped along the Thames on our visit to London last fall. It’s an amazing sculpture.

My husband loves researching history and has driven past this monument.#FarawayFiles

I’m always impressed with your photos! Really beautiful and I love learning more about the history. Thank you for sharing with #FarawayFiles.