The Lincoln Memorial anchors one end of the national mall in Washington, DC. Two miles straight down the mall is the Capitol. And about halfway in between is the Washington Monument. The sight of this memorial as you approach is stirring

With its distinctive massive columns rising from the top of stone steps, the Lincoln Memorial honors the life and achievements of the 16th president of the United States. Lincoln steered the country during a time of divide, war, racial tension, and flaring tempers. His calm resolve to preserve the union and, eventually, to abolish slavery, brought the U.S. through dark days.

Today, the monumental statue of Lincoln sitting in contemplation with the words he spoke engraved on the walls around him, is a beacon to visitors from around the world.

When Was the Lincoln Memorial Built?

Opened in 1922, the Lincoln Memorial took four years to construct. When you visit, you will likely feel small inside the massive memorial.

The Architecture and Features of the Memorial

The Lincoln Memorial is modeled after the Parthenon in Athens, Greece. Architect Henry Bacon felt that a memorial dedicated to a man who defended democracy should echo the birthplace of democracy. The towering memorial, made out of marble, is 190 feet long, 120 feet wide, and 99 feet tall.

The memorial is distinguished for its 36 fluted Doric columns, one for each of the 36 states in the Union when Lincoln died. Each column is 44 feet tall.

Look up to see the frieze with the names of the 36 states and the dates each entered the Union. At the top of the memorial, the names of the 48 states at the time of the dedication are inscribed. Alaska and Hawaii were added later.

The Chambers of the Memorial

The Lincoln Memorial interior is divided into three chambers — north, south, and central. Two rows of four Ionic columns separate the chambers. Gaze up at these 50-foot-high columns to the lovely ceiling.

The north and south side chambers contain a carved inscription of Lincoln’s Gettysburg Address.

Also inscribed are these now-famous words of Lincoln from his Second Inaugural Address in March 1865:

“With malice toward none, with charity for all, with firmness in the right as God gives us to see the right, let us strive on to finish the work we are in, to bind up the nation’s wounds, to care for him who shall have borne the battle and for his widow and his orphan, to do all which may achieve and cherish a just and lasting peace among ourselves and with all nations.”

The Civil War raged for four long years, bringing agony and grief. In April of 1864, General Robert E. Lee surrendered to General Ulysses S. Grant, and peace would soon follow. That same month, President Abraham Lincoln headed to Ford’s Theater for an evening of respite from his duties.

The story is well known and tragic. John Wilkes Booth, an actor familiar with the layout of Ford’s Theater, approached the Lincoln viewing box during the performance and shot him in the head. Booth then leaped from the box down to the floor and escaped.

The theater is open to the public, so you can tour and see the Lincoln family’s viewing box. The seats are a memorial to Lincoln.

A small museum in the entry hall shows exhibits about Lincoln’s years as president. You can then enter the theater and settle into a plush red seat. Look up to see the site of the shooting and imagine the scene and chaos of that night.

The wounded president was carried across the street to the Petersen House. He died there in that rowhouse of his injuries on April 15, 1865.

The Petersen house is closed for renovation, but a small museum has opened next door that displays items from Lincoln’s life. The book tower soaring two stories high is made of books published about Lincoln.

Other memorabilia from the house is in Ford’s Theater.

Events at the Lincoln Memorial

Since its opening, the Lincoln Memorial and the Reflecting Pool have been the site of gatherings, marches, and historic events.

Martin Luther King, Jr. stood atop the steps of the Lincoln Memorial on August 28, 1963 and spoke to hundreds of people spread out before him on the national mall. His words, “I have a dream,” rang out in front of Lincoln’s sculpture, inspiring America to take another step toward the founder’s vision of equality.

This was fitting because Lincoln was the president who issued the Emancipation Proclamation in 1863, a giant step toward freeing slaves even while the Civil War raged on.

Look for the almost invisible slab marking the spot where King stood.

His life cut short at the crucial moment when the nation would need to heal, Lincoln achieved what he could, but his task was unfinished. The U.S. struggles all these years later with the issues Lincoln wrestled with so long ago. But it’s clear that he believed unity and justice could triumph.

In his first inaugural address in March 1861, just a few months before the Civil War broke out, Lincoln laid out his vision:

“The mystic chords of memory, stretching from every battlefield and patriot grave to every living heart and hearthstone, all over this broad land, will yet swell the chorus of the Union, when again touched, as surely they will be, by the better angels of our nature.”

Historian Jon Meacham summed up how history would view Lincoln: “Perfection was impossible; greatness was reserved for those who managed to move forward in an imperfect world.”

By visiting the Lincoln Memorial, standing on the steps, looking down the national mall, each person can contemplate just what it means to move forward, leaning on those better angels held inside us.

The Lincoln Memorial is open to the public without charge. Check the website for more information to plan your visit.

For more information and to plan a trip, visit the National Park site. And these guides have so much helpful information on visiting Washington, D.C.

Dog-Friendly Things to Do in Palm Desert 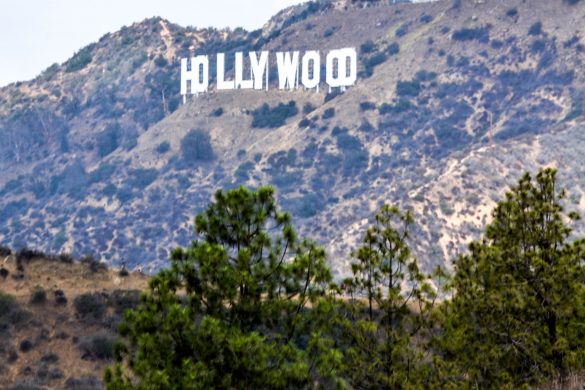 Bastogne, Belgium — Tracing the Battle of the Bulge

Wonderful tour of the Memorial. Have visited a number of times and have felt awed by it. Thank you!!

One of the most beautiful places in DC!

Walkthrough Lincoln memorial is a great inspiration. The museum is so majestic and incredible. The blog shares great information and facts about the museum. Must visit place in Washington D.C.

I visited this a few years ago but had no background information about it. So this was really interesting for me to read!

This was a fascinating read! I really love that you included so much history in your post 🙂

Beautifully written and so much history. It is somewhere I’d really like to visit. Thanks for sharing.

Now this is a place I’d really like to explore. I’ve wanted to visit Washington DC for many years, so hopefully I will get there one day. The book tower is really impressive, I can’t believe so much has been written about one person