Five little towns known as Cinque Terre cling to the west coast of Italy. The history of these communities goes back to the 1100s. The people living here today have known their share of stormy weather. They remember well the massive rainfall in 2011 that caused flooding and mudslides that buried the ground floor of so many structures. People and cars were swept out to sea. Digging out from the mud took a while, but today all five towns are open to tourists and are thriving once again.

Fishing is a healthy industry . . .

and the homegrown tomatoes and homemade pesto sauce make the best pizza you can find anywhere.

Running around in the rain here, we couldn’t help but think about how vulnerable Cinque Terre is to the weather. The tall hills where grapes, tomatoes, and other crops grow are so steep that they serve as a funnel when too much rain falls. Since 2011, a better system of drainage allows streams to flow under or beside the streets to carry the water to the sea. Still, some hiking paths on the hills are closed. We were warned not to hike even on the open trails during rain.

Once you see how these towns are built, you wonder what miracle allows these houses, shops, and castles to remain perched precariously on the hills.

During a storm, beaches sit deserted, with umbrellas closed tight. Boats bob in the water, waiting for the weather to clear.

One of the towns, Monterroso, has visible wire netting in place to hold back rock slides.

By afternoon, the sun shone and we were able to hike in the hills above Manarola. But we will always remember Cinque Terre as a fragile place, cobbled together through hundreds of years with whatever’s at hand. Let’s hope it’s strong enough to survive at least another century or two.

How about you? Have you visited a place that’s existence seems especially fragile? 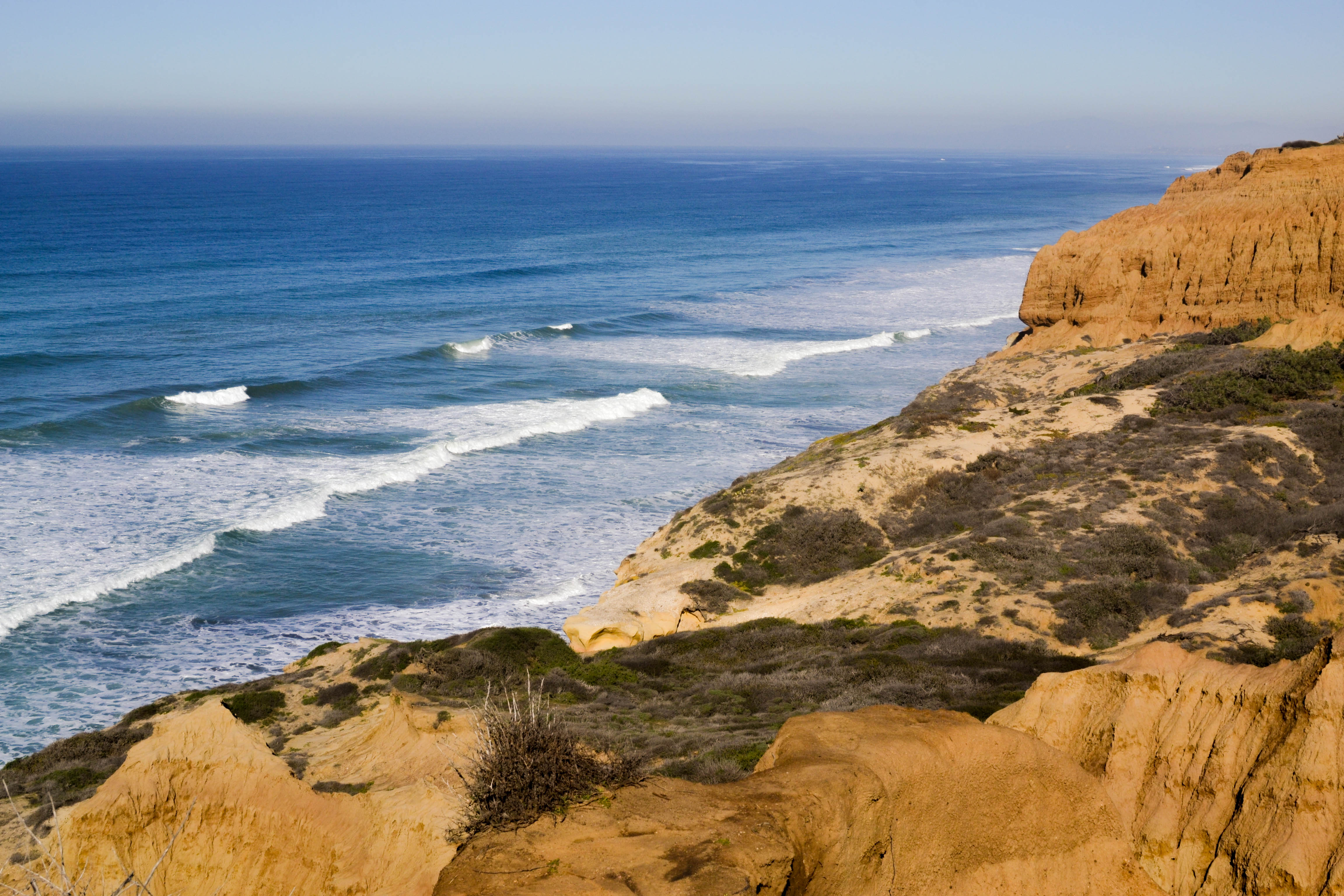 So pretty, even without the perfect blue skies!
And thank you for travel bags, they arrived and are great!

So beautiful…and I love the moodiness in that last shot!

Evelyn in Oregon at

Amazing how those buildings are tucked into and onto the steep hillsides! Such beauty. I do notice that many of the exteriors seems to be crying for some “patching” maybe. I do love the colors!

Thank you for sharing these photos! The history is very interesting, and I cannot image trying to build on such a steep hillside. I do love the last image, the bottom…with doors and patio space..would love to sit there and enjoy the view. These are all beautiful.

I love this tour of Cinque Terre and yes, it does look fragile. I’m sure it is. But then most beauty is fragile, don’t you think? We are going to the Amalfi coast on our trip this summer.

This post reminded me of our trip this past summer. I enjoyed your photos of a region we really enjoyed.

We were there in 2012, it was amazing to see how much had been fixed in so little time. We missed a huge chunk of the trail though, because it wasn’t open yet :(. lovely post, it took me right back to the villages.

Peggy from PA at

What a beautiful spot. That first picture is so gorgeous. You think of the city as fragile but with your description of it I think of it as strong and enduring. Despite all the hazards it stays strong. I would love to visit such an amazing spot

What a lovely post ! I’ve never heard of these towns ( and I’m European …ooops ! ) It looks so picturesque, it’s amazing how they built the houses on such steep hillsides. Good to know they have taken steps to try and prevent future mudslides too. Thanks for visiting my blog, I looked through a lot of your posts and loved “traveling” with you 🙂

Wonderful series of photos. Thanks for the tour. I hope you enjoyed your skiing at Big Bear.

I love this series of photos –beautiful! I’ve never been to Cinque Terre; the closest that I’ve been to it is Sestri Levante. It’s one of the more beautiful places I’ve visited.

BTW, just wanted to say that we’ve pinned one of your Cinque Terre photos to our Communal Global Pinterest board (Italy). 🙂

Seriously amazing photography! Thanks so much for the tour!

I’ve been there two years ago! I hope you had the chance to see the Via dell’Amore (walk of love)… It’s amazing!!

Your photos are beautiful and really evoke the unique atmosphere of the place, Sharon 🙂 The last comments could have described so many spots on our planet which are quickly losing their character in the face of global pressure. Thanks for sharing this 🙂

I think you’ve just convinced my husband and I where to go for our next European vacation (after Portugal in April)… your images are wonderful and really capture the sense of place, and oh what a place!

5 Reasons to Visit Cinque Terre | Exploring Our World at

The village is unique, I like the colorful beauty of this place