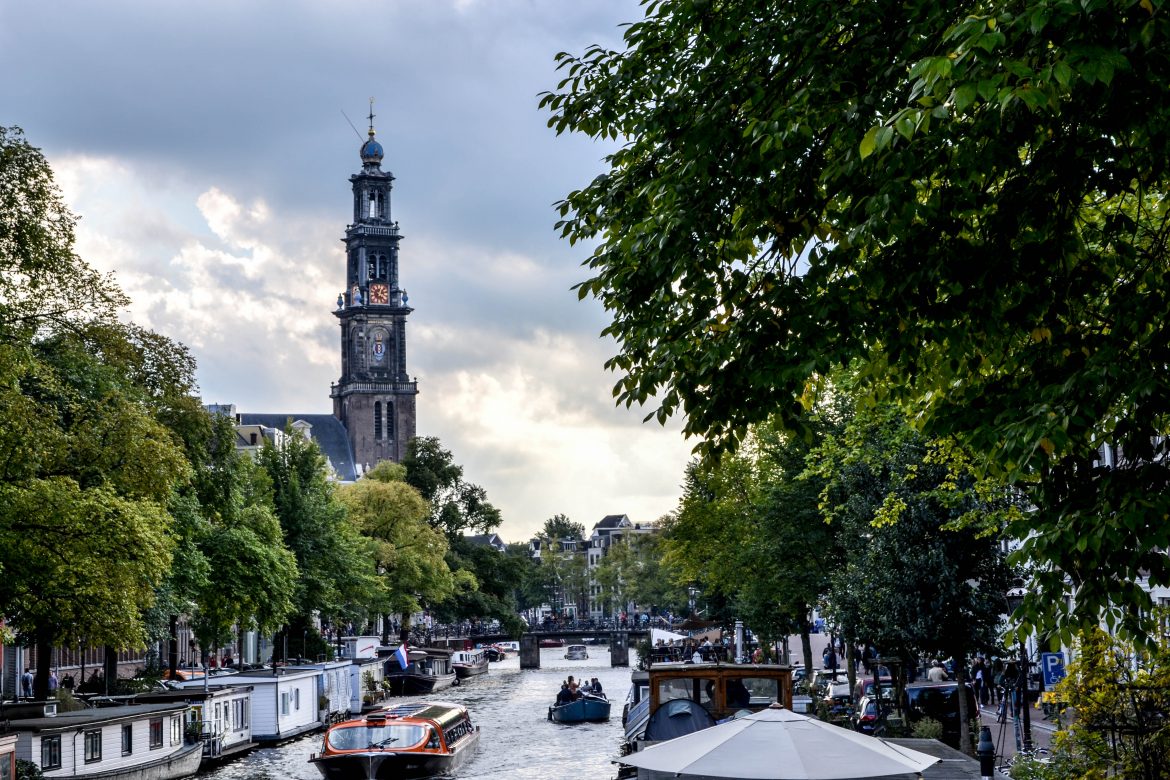 This week is the 75th anniversary of Anne Frank receiving the red plaid diary that would become known around the world. The diary, a gift on her thirteenth birthday in June, 1942, became the place where Anne Frank noted her thoughts about life in the confines of an attic. It holds her questions and frustrations and her dreams – including her goal to become a writer. Her first entry: “I hope I will be able to confide everything to you, as I have never been able to confide in anyone, and I hope you will be a great source of comfort and support.”

You can tour the attic where Anne lived with her family and others, hidden away two years, from right after that birthday until August, 1944, when the Nazis discovered the hiding place and arrested everyone there. After a morning inside the building (where no photos are allowed), we emerged back on the street. We walked the neighborhoods around the Anne Frank Huis. And I realized that this is what Anne would have known from the age of 4, when her family moved from Germany to Amsterdam, to the month she turned 13. Here is where she played as a young girl. She visited friends along these roads. She went to school and family gatherings. These are the canals and bridges she would have longed to see during her hiding. Here’s a look at this quaint area today. How teenage Anne Frank would have loved to spend even one day free to roam here! 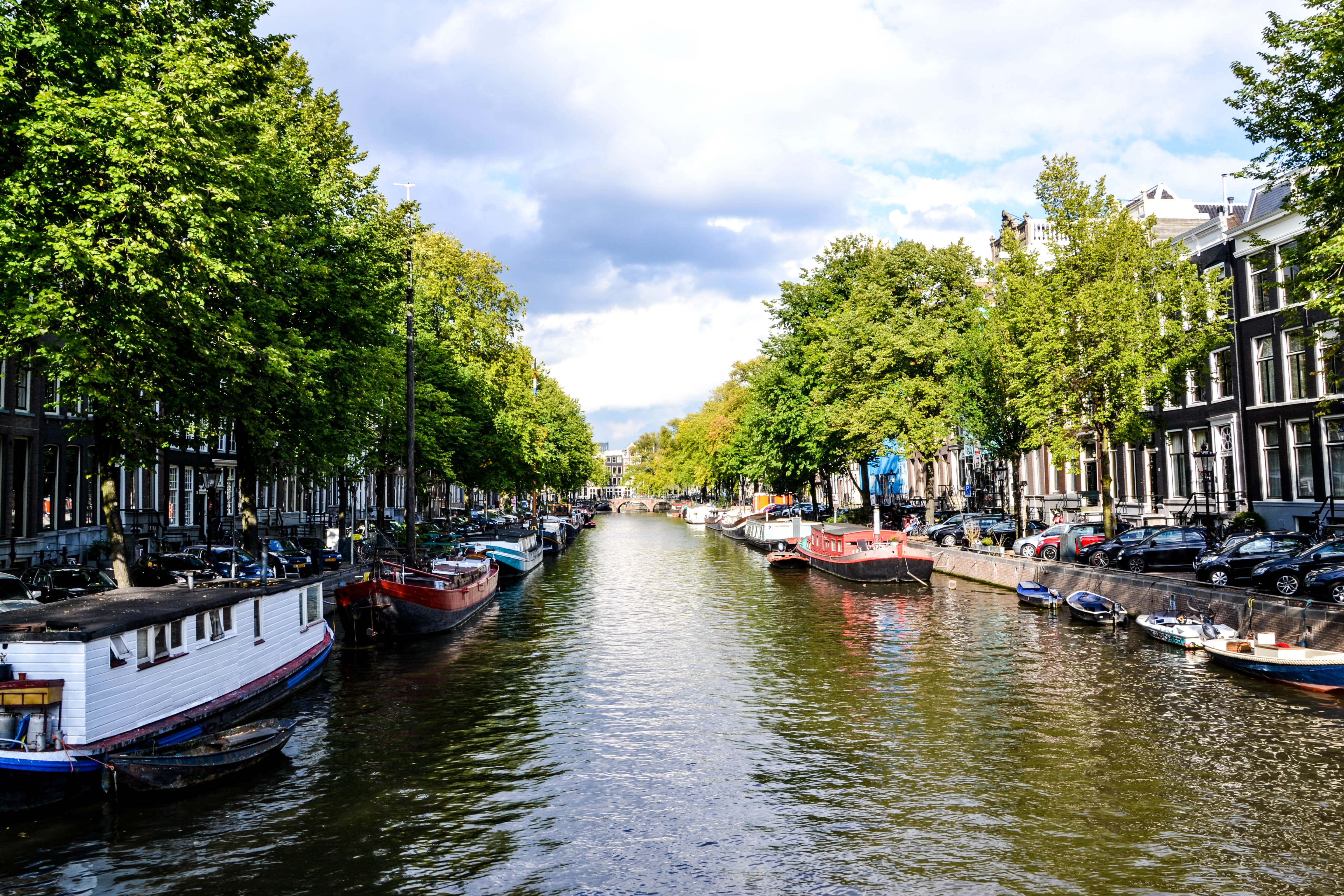 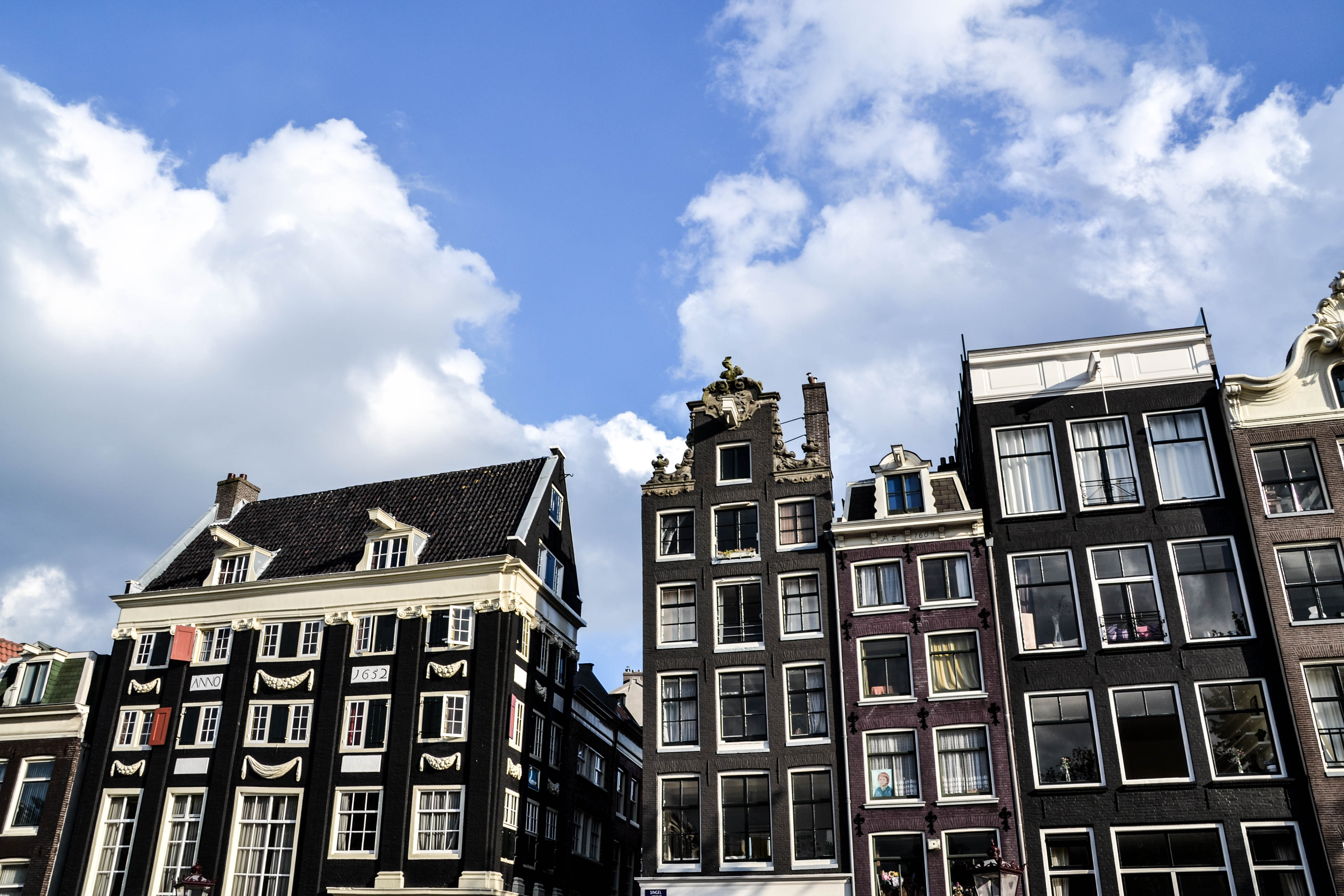 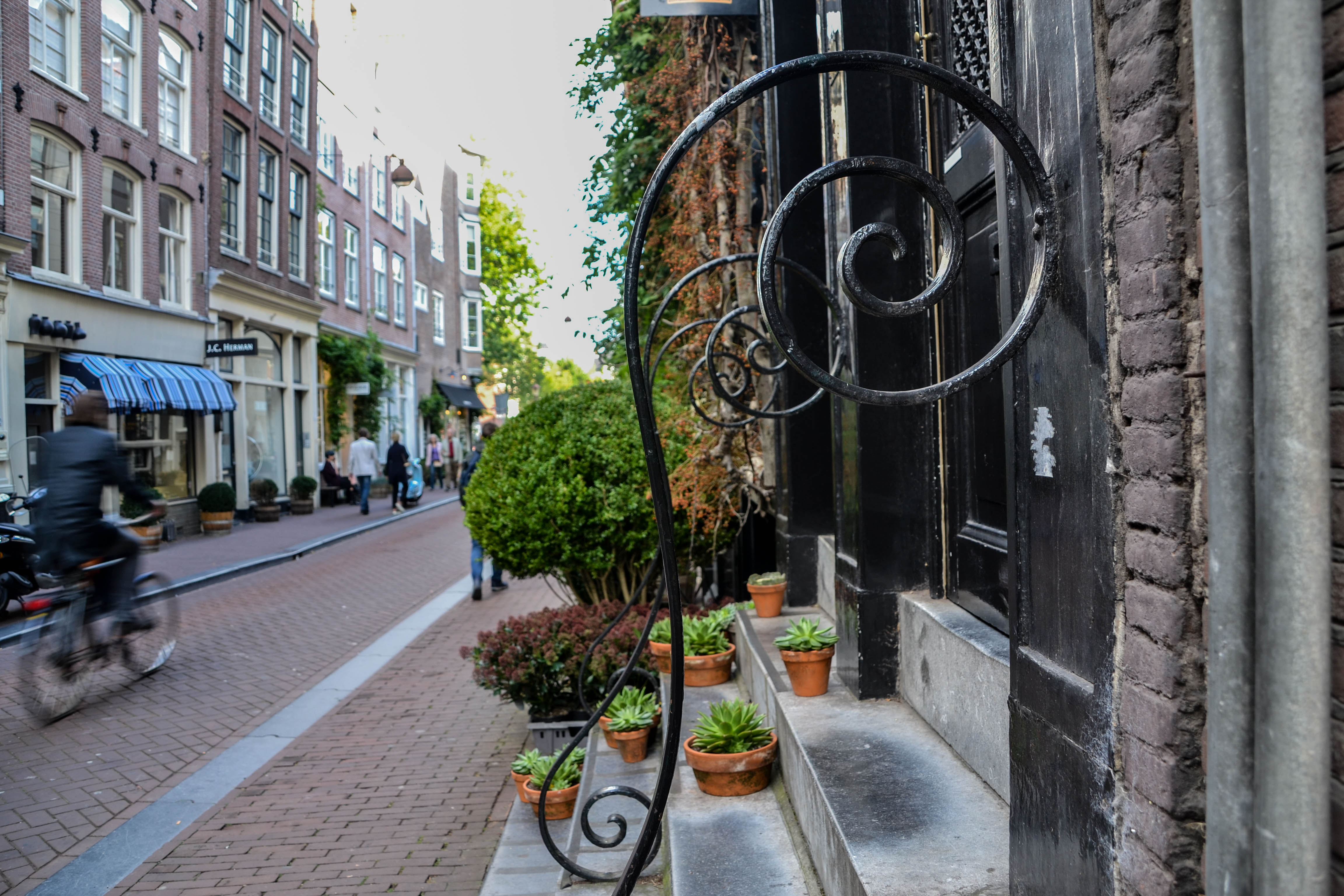 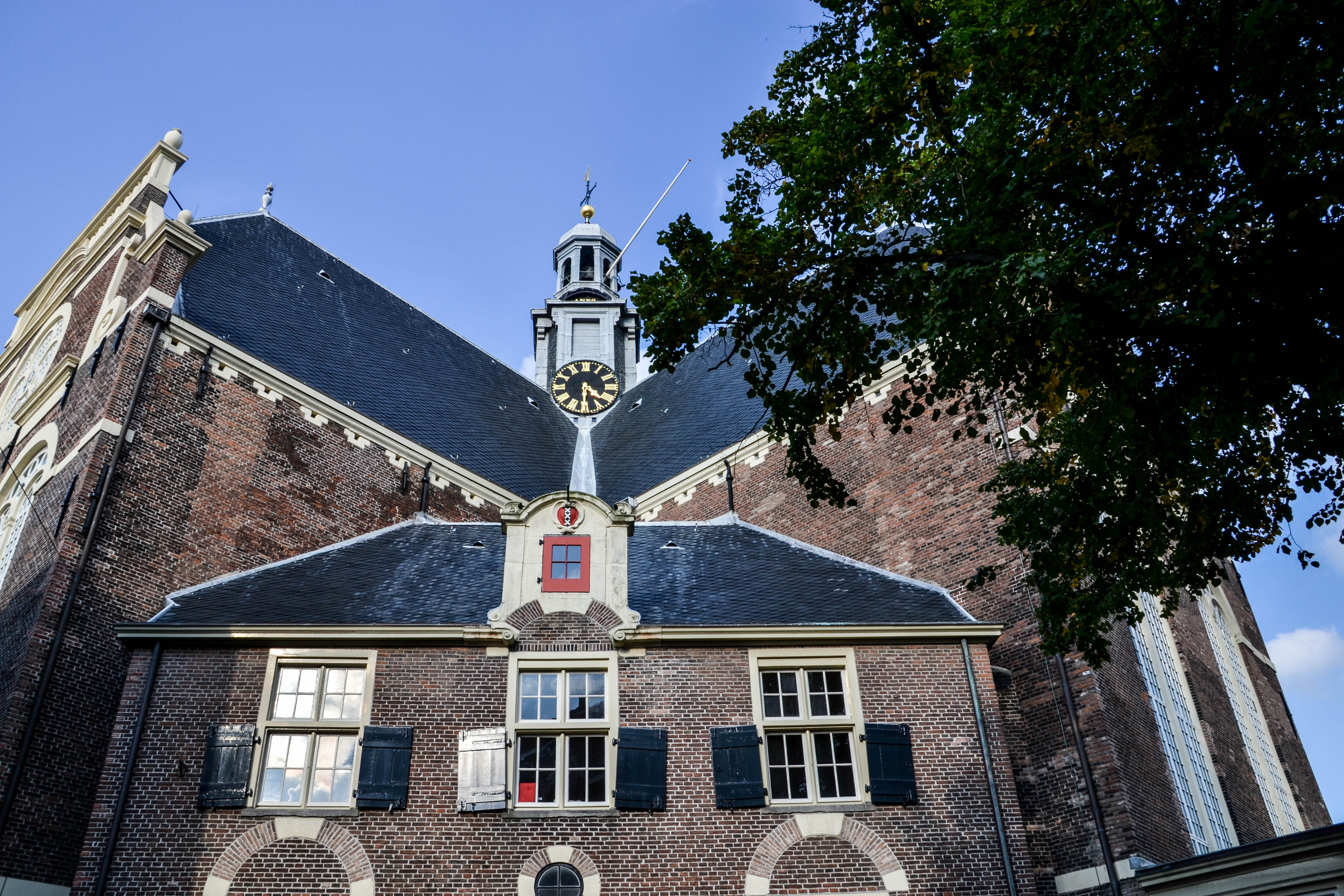 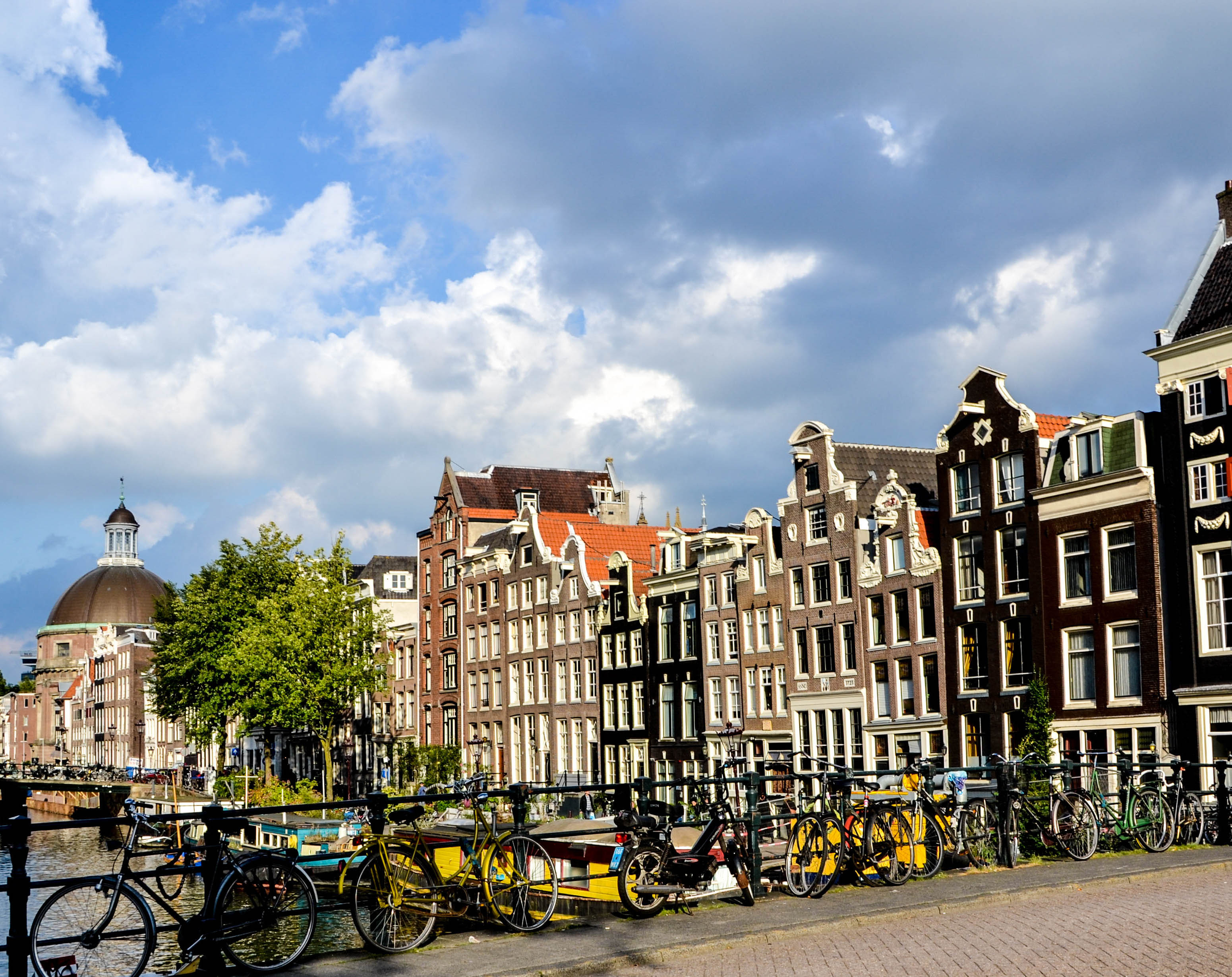 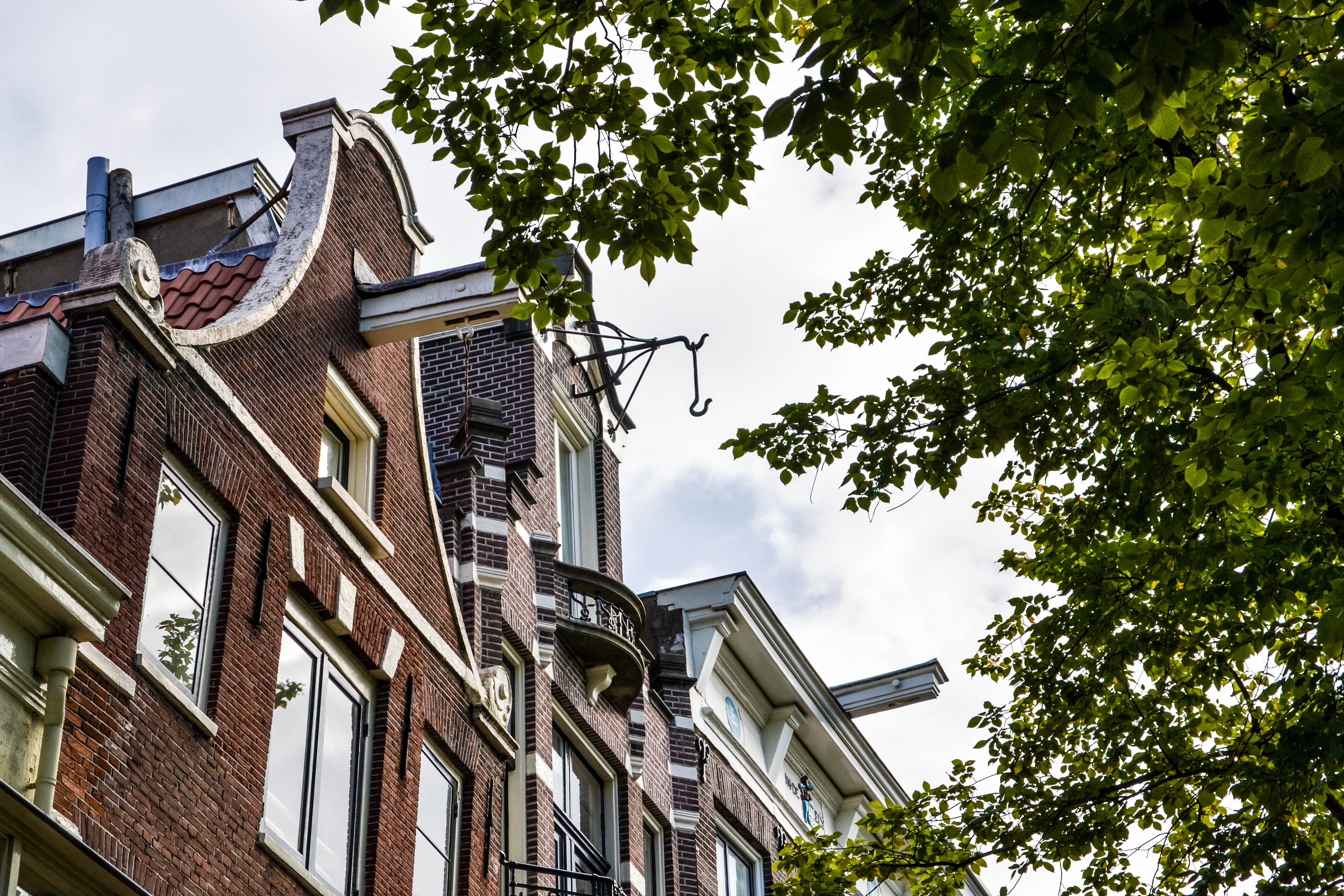 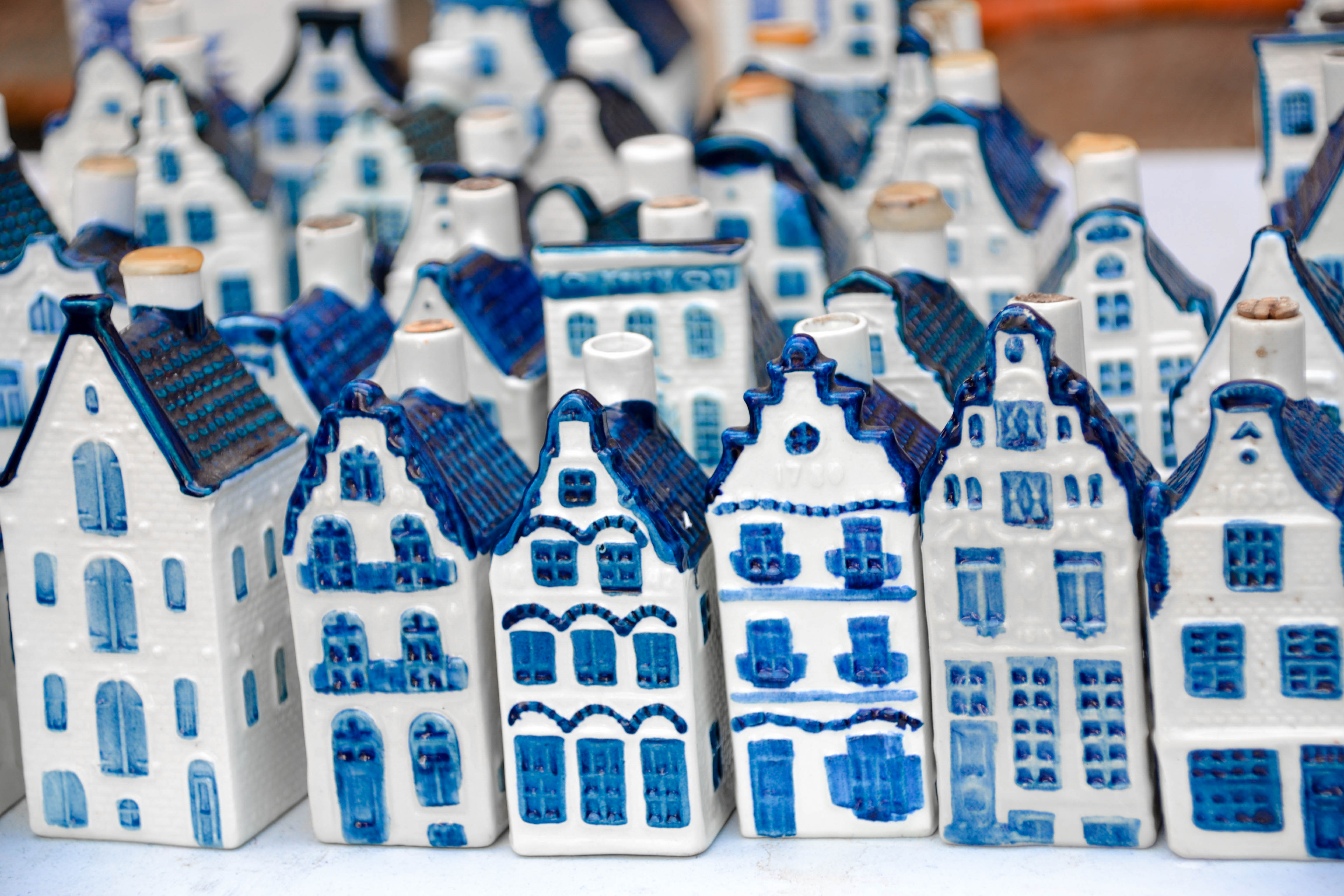 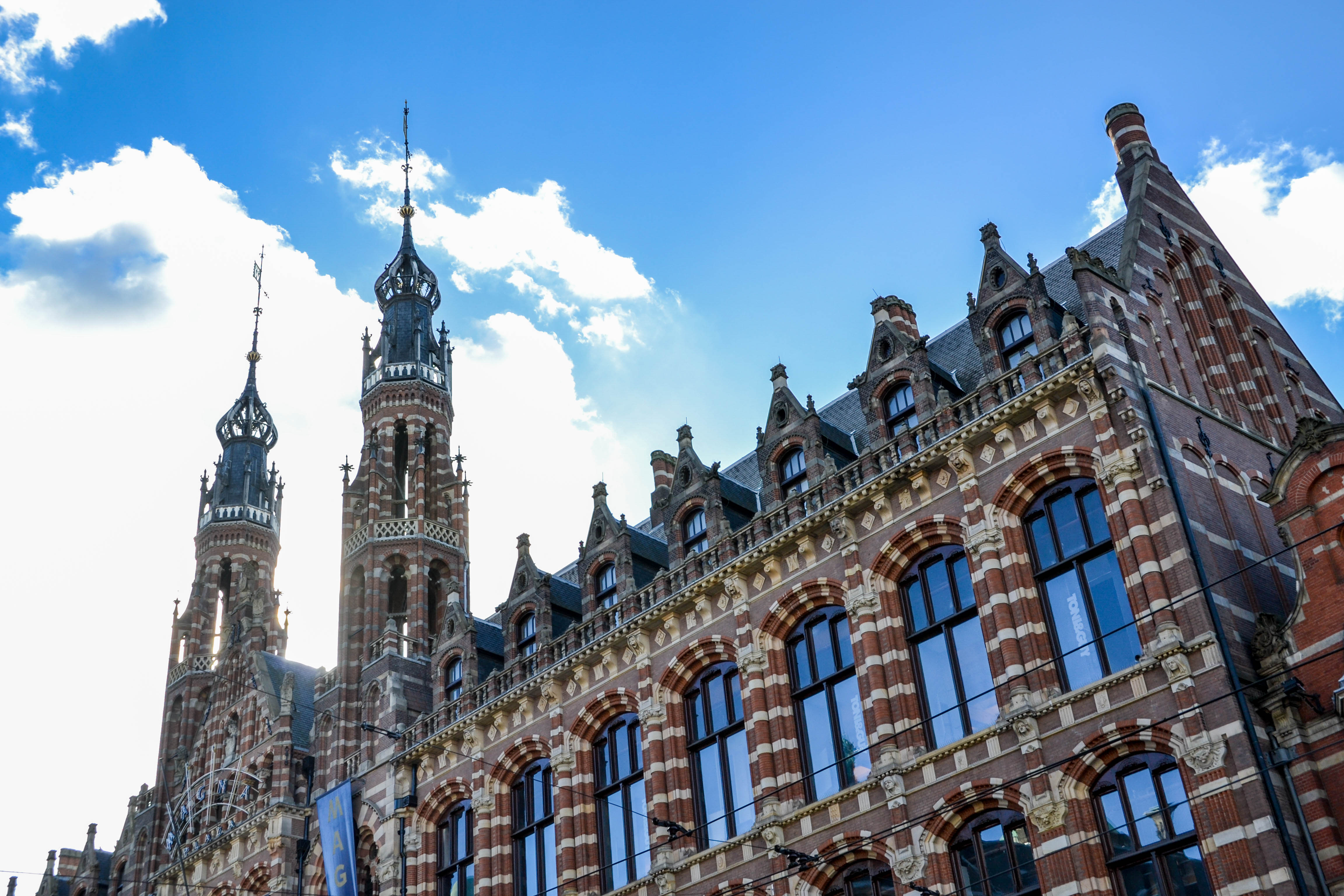 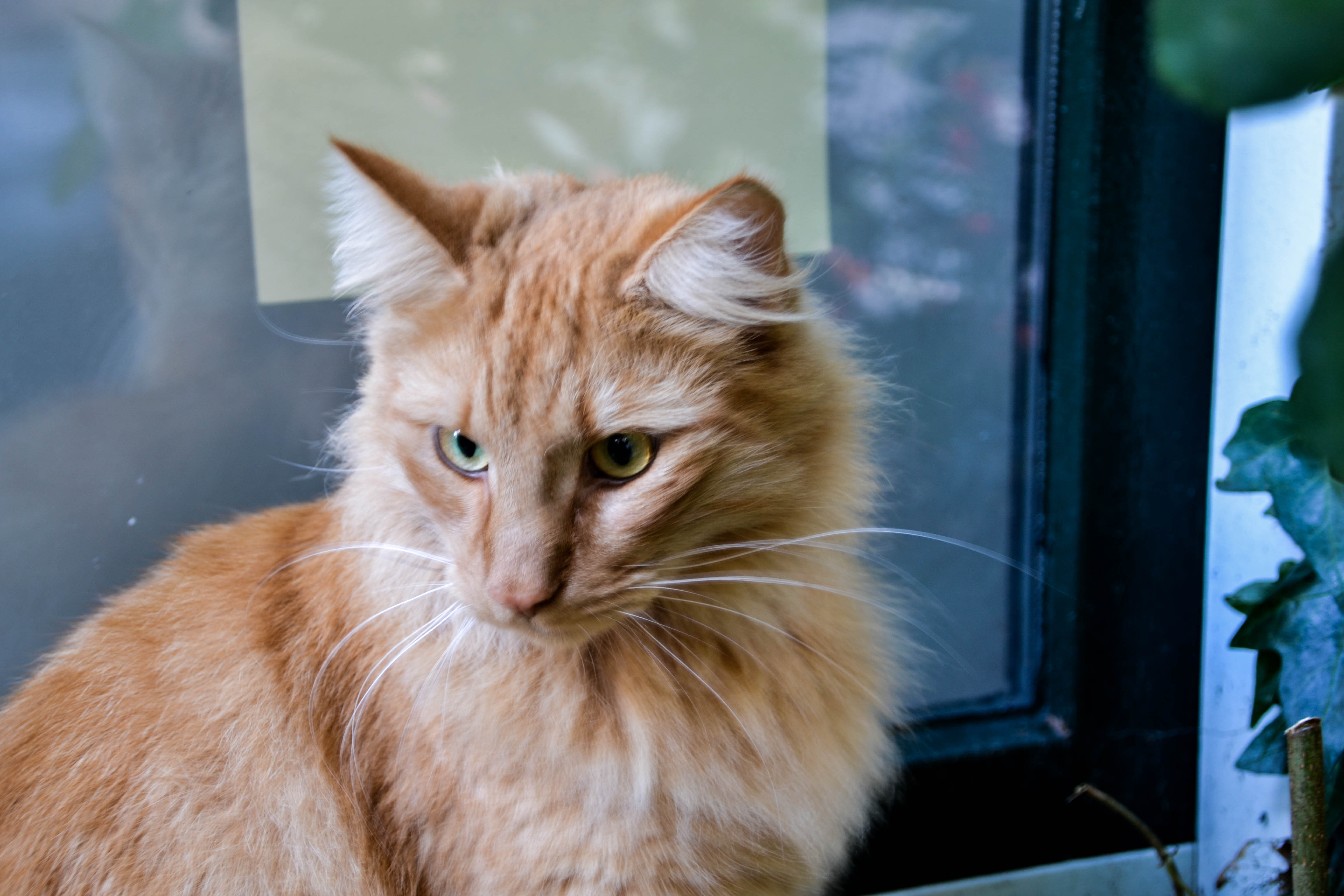 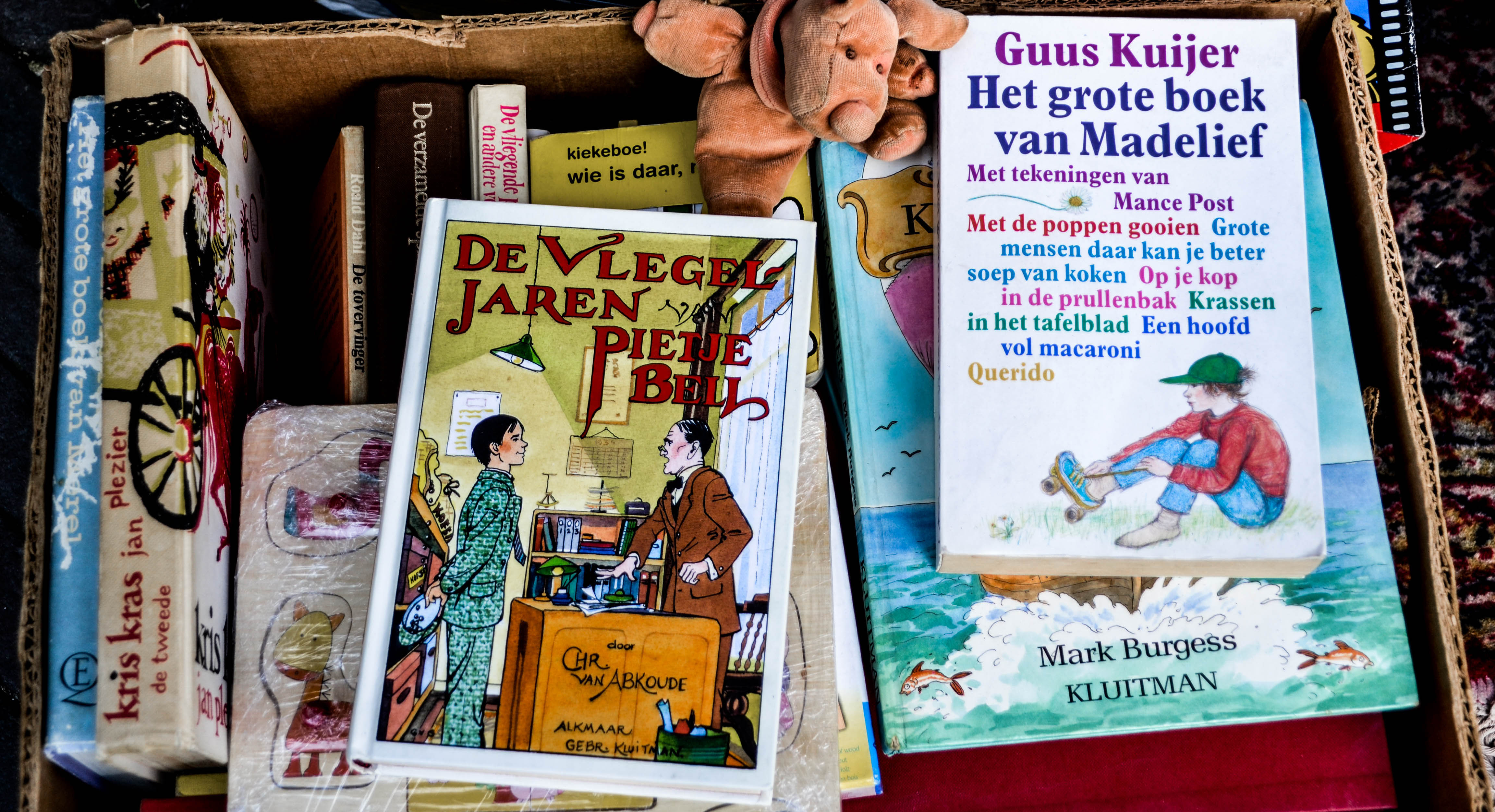 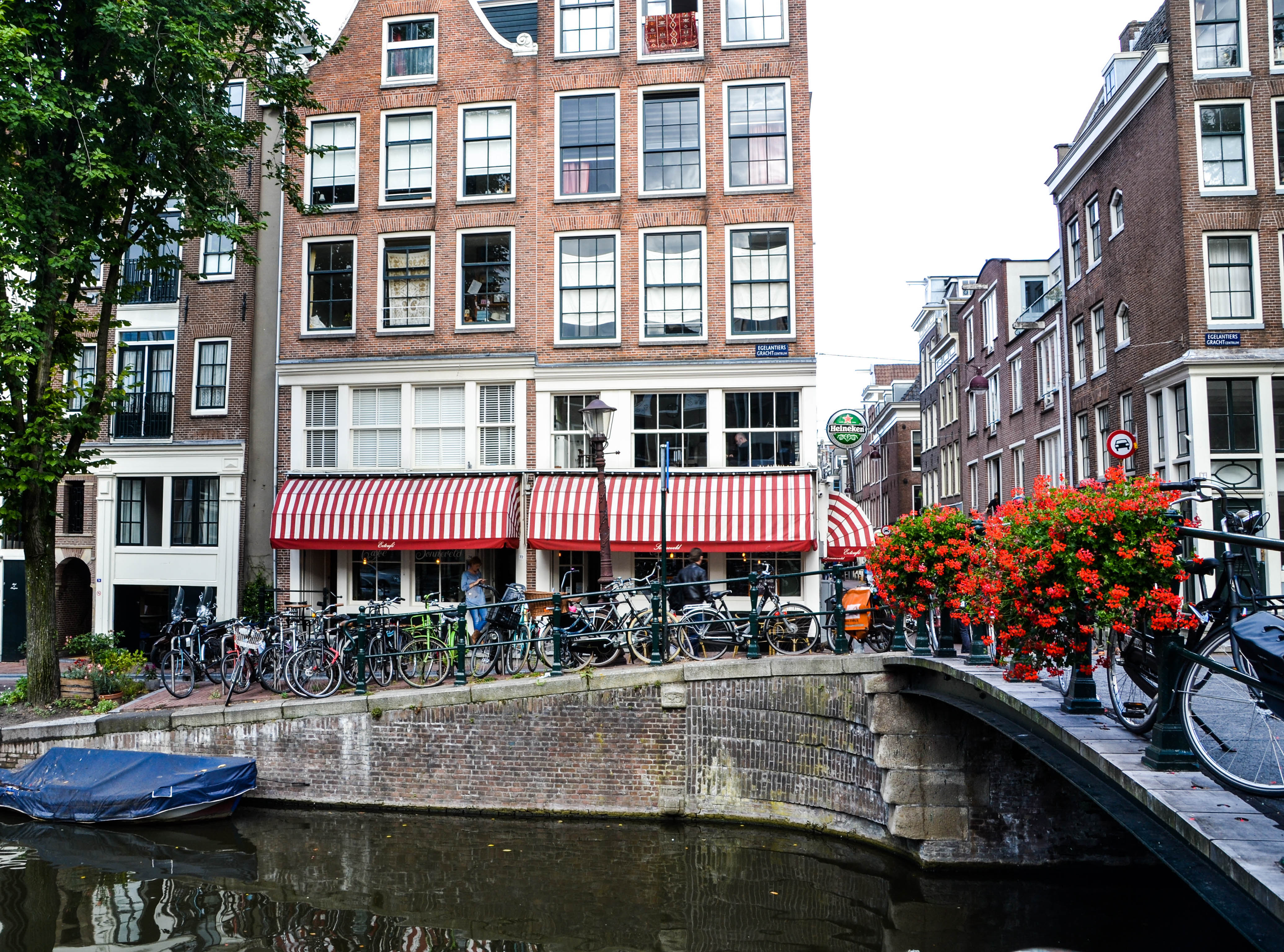 If you have not read her diary, I highly recommend perusing it. The depth of insight, the everyday happenings of life sequestered in a dank attic, the poignancy of a young girl’s thoughts as discovery and death threatened her daily – all this makes for an amazing book.

This quote sums up the world view of a young girl called on to suffer unjustly: “Despite everything, I believe that people are really good at heart.” 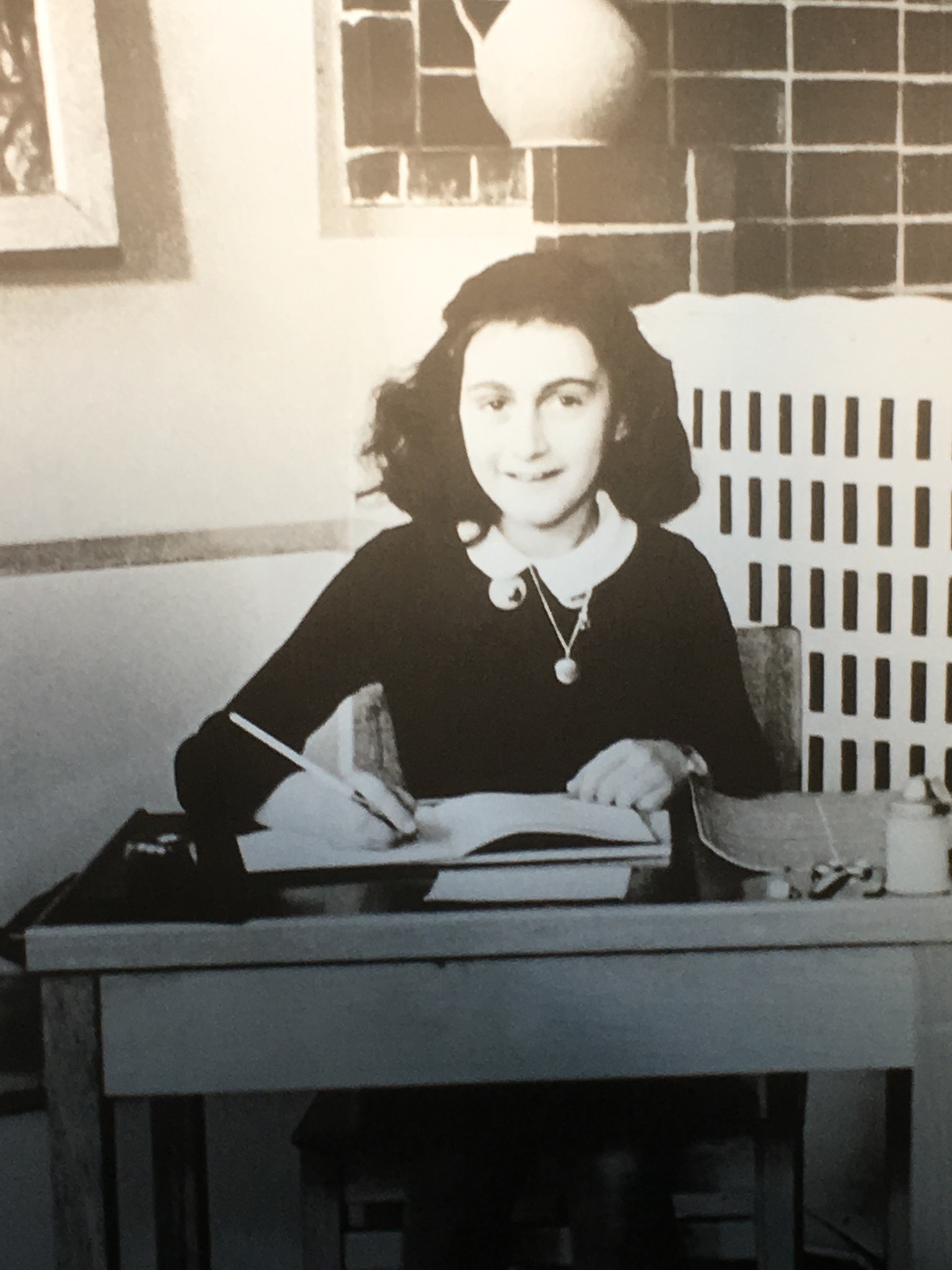 If you’re in Amsterdam, be sure to tour the attic. It’s a sobering reminder that this world is full of all kinds of people. And sometimes a teenager wise beyond her years can enlighten us and help us look for the good at heart. 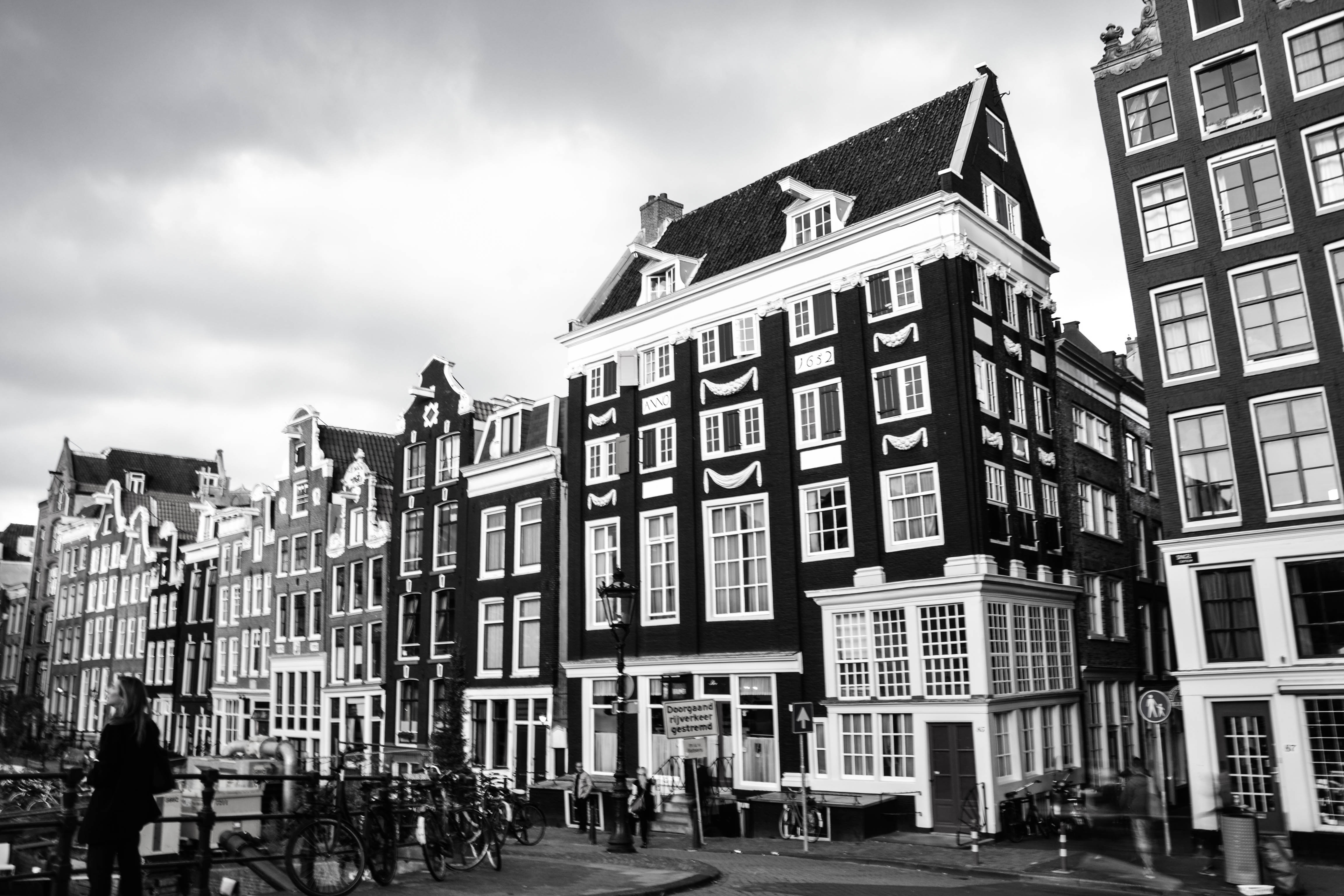 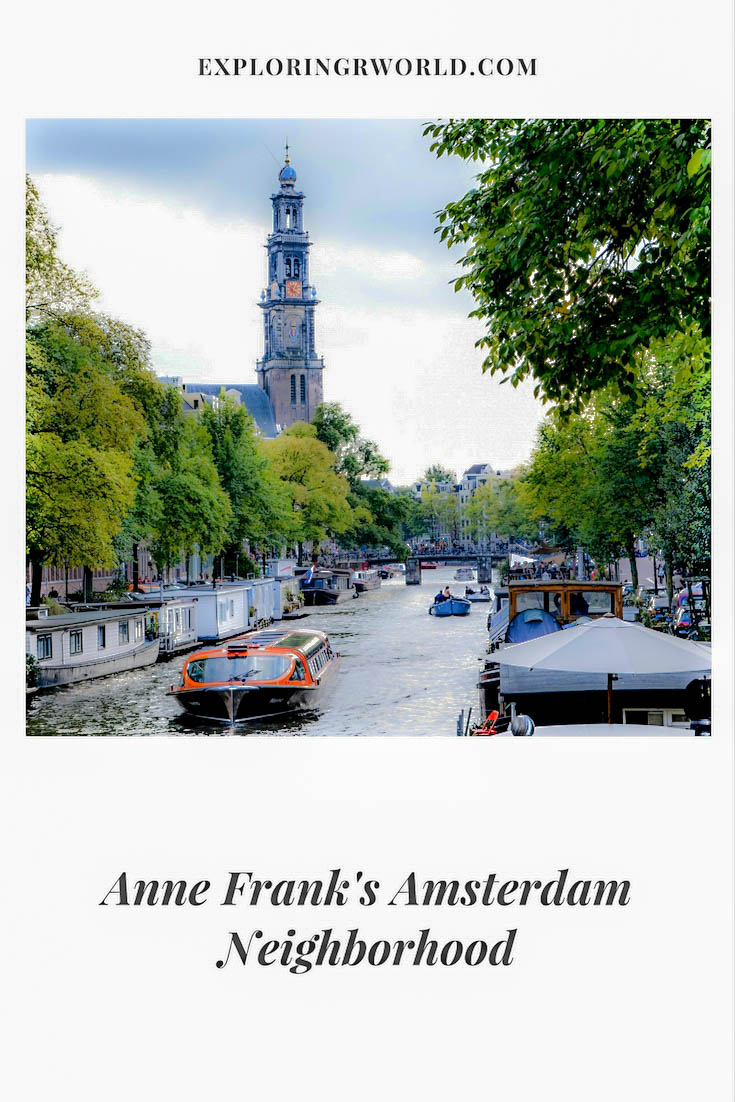 Oh I so want to see that one day! Gorgeous photos!

It’s a beautiful neighborhood!
Thanks for sharing at https://image-in-ing.blogspot.com/2017/06/tidying-up-nest.html

Your photos are beautiful. I hope to visit there someday!

I read the book when I was Anne’s age and it greatly affected me. She was wise for any age and I loved your post.

I’ve read Anne’s diary many times and would love to visit the attic one day to pay homage to her, and also see the beautiful city of Amsterdam.

What a lovely, scenic area.

Love Amsterdam – and you caught some typical sites that Dutchmen would like people to know about this city. The story of Anne Frank is a sad one, as all of the ones who were killed in the Holocaust. That it may never happen again! Many thanks for sharing Anne’s poignant diary , such wisdom for a young teen, with All Seasons! Have a beautiful summer week Sharon! (don’t know how it is there with you, but here it got to a 109 passing some places in Sacramento to go home!

I went in late afternoon and came out and the city was all lit up for the walk home…it was lovely. Such a beautiful city.

a beautiful series of images.

Oh, the 75th anniversary of Anne Frank!?? I remember I liked to read her Diary very much…I repeatedly read the book when my junior high school student.Love miniature houses in the 8th photo. I got miniature houses like those when I took a trip to Venice …..not Amsterdam though… Amsterdam is such a beautiful place. Thank you for letting me of my fond memories. Have a good day!

Beautiful photos Sharon. Hopefully, I may get to step foot in Amsterdam and visit the attic. Pity, no photos are allowed.

Splendid pictures and info too.

Nice photos Sharon. I have been to the Anne Frank house and area of Amsterdam. It is always powerful for me to see how loud cheerful groups queue up to enter the museum and often at the exit everyone is a lot more quiet and lost in thoughts- reflecting on all they have seen. Anne was so wise for her age.

I’ve been to the Anne Frank House (after reading her diary a few times). The part that struck me was just how cramped it was. I can’t imagine so many people quietly living there for so long in such a stressful situation. It’s so sad. But I never thought about Anne before the attic, roaming the streets of Amsterdam. What a great point of view. #citytripping

“And sometimes a teenager wise beyond her years can enlighten us and help us look for the good at heart.” Ain’t that the truth…. and sadly the world seems to be behaving like it has not learned anything from Anne and the history her life was wrapped up in

Such a sad blemish on history.

We visited the Anne Frank House last summer and it was incredibly powerful and moving. Looking out the same windows she looked out was such a strange feeling. #citytripping

I read Anne Frank’s Diary over 50 years ago when I was in 7th grade. It was one, if not the first, of the most thought-provoking book I ever read on my own at that age. I think it would be much too sad for me to actually see where she and her family had hid themselves. Just seeing the photos of the city around the building where they were is kind of a shock. I hope that such deep hate, oppression, and apathy doesn’t ever happen again.

I was going to visit the Anne Frank House but my timing changed (weather delays) and I was only able to travel to Brooklyn (near the port) in the Netherlands. The area nearby looks quite lovely.

The city looks like a wonderful place to visit. She was such a brave girl.

Anne Frank’s diary is one of my favorite books. I think I first picked it up when I was in fifth grade, and I’ve been wanting to visit Amsterdam ever since.

Amazing!!!I hope to visit there someday!

so beautiful! and a cute ginger cat:) #farawayfiles

Sharon, so beautiful and poignant. I loved this piece!

I visited the house many years ago. After visiting other Holocaust related places in Europe, I think that visit has taken a different meaning to me. Anne was a very strong young lady. It is not easy to remain that positive when everything is falling apart around you. #FarawayFiles

I love that second shot so much – the perspective, the clarity!

Amsterdam is definitely at the top of my list for places to visit the next time we’re in Europe. I’ve read Anne Frank and I want my kids to read it as well before we visit.

Gorgeous photos as always Sharon. We stayed in this area the last time we visited Amsterdam and I also felt the presence of this remarkable young woman. Thanks for sharing on #FarawayFiles

It’s such an emotional place to visit. Anne was wise beyond her years and her diaries continue to enlighten. It’s so sad she didn’t get to live more of her life. Beautiful photos. Thanks for sharing on #citytripping Sharon.

I don’t think I have read the diary. I really should. Thanks for the tour and thoughts about things through Ann’s eyes. Really nice post.

Amsterdam is my favourite city in Europe and Anne’s house is a must visit there. Thanks for the awesome read, Sharon!